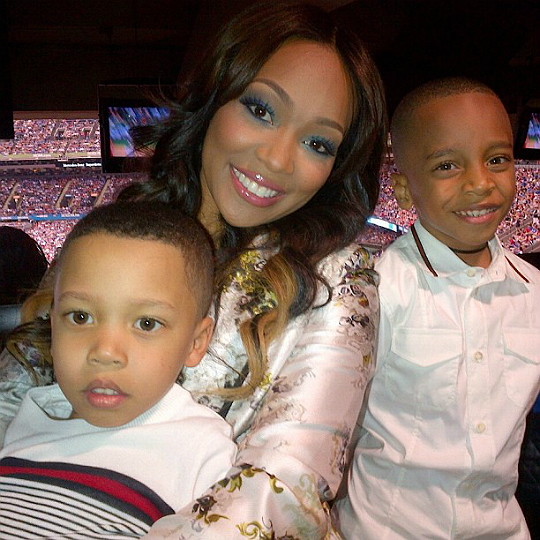 Monica and husband Shannon Brown are planning to have more children in the future. In a recent interview with Essence magazine, Monica said that she and Shannon are working on adding more kids to the nest. Brown states, “My husband wants them now. So, we’re working on it. Shannon definitely wants more children and so do the kids. We’re looking forward to having another child really soon.”

Prior to deciding on more children, Monica and Shannon talked with their three children about the possibility of having another little one running around. As Monica explains, “We have three boys between the two of us. We have a lot of fun in the house. There are two four-year-olds and a seven year old, so it’s pretty exciting in the house as it is. [Having more kids is] a decision we have to involve the boys in, too. We never exclude them in the decisions we make.”

HOLLY ROBINSON-PEETE ON LIVING WITH AUTISM

HOLLY ROBINSON-PEETE ON LIVING WITH AUTISM