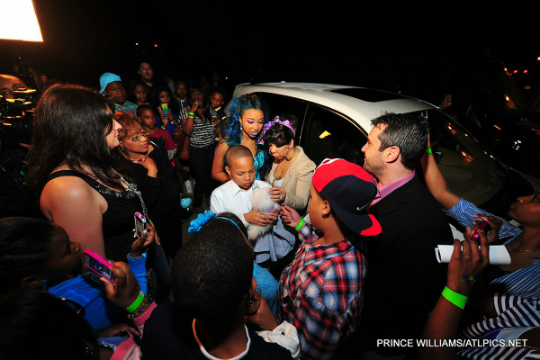 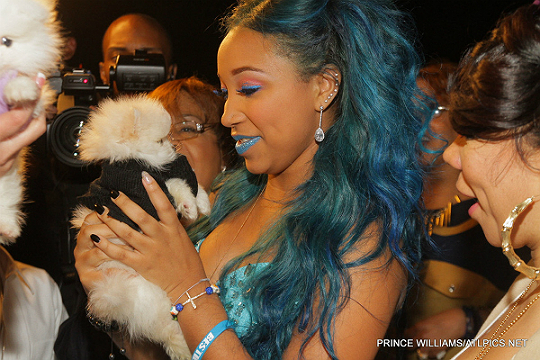 Zonnique Pullins of the OMG Girlz had a stylish sweet 16 birthday bash on Saturday, March 24, 2012. The singer entered the event like a princess and changed outfits two times before the night was over. 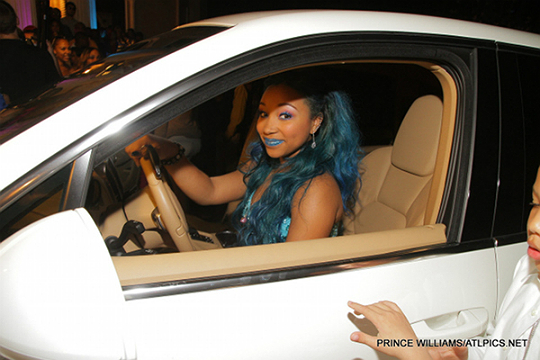 Although there were many gifts at the party, the greatest present of all was a 2012 Cayenne Porsche given to Zonnique by her parents Tiny and T.I. The OMG Girlz singer was also given two Pomeranian puppies on her special night. 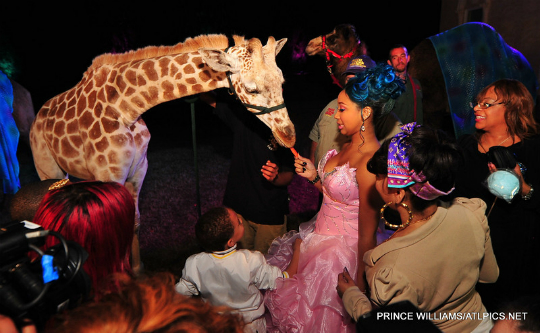 Check out photos of Zonnique and her family members below!