Home » NEWS » U.K. EDITION: SINITTA AND KIDS AT ‘WE BOUGHT A ZOO’ SCREENING

U.K. EDITION: SINITTA AND KIDS AT ‘WE BOUGHT A ZOO’ SCREENING 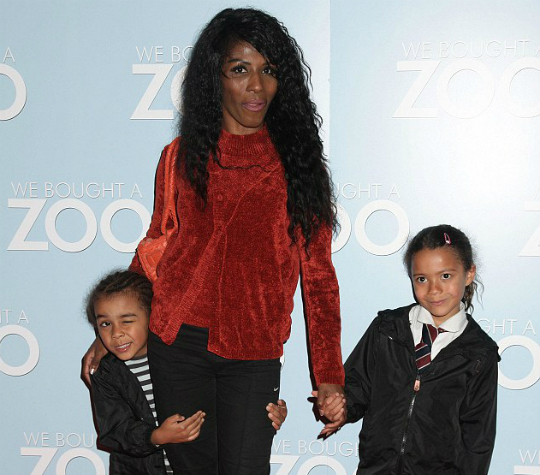 U.K. singer Sinitta and her children Zac,3, and Magdalena,5, attended a special screening of We Bought A Zoo at The Mayfair Hotel on Thursday, March 15, 2012 in London, England.

Set in Southern California, We Bought A Zoo is about a father who relocates to the countryside with his family. Upon moving to a different environment, the family struggles to adjust and decide to re-open a ravaged zoo. Matt Damon, Scarlett Johansson, and J.B. Smoove star in the movie.

Sinitta will be joining a Rick Astley and Stock Aiken in concert to celebrate Pete Waterman’s PWL Label. Excited to be a part of the reunion concert Sinitta told Sky News, “It’s honouring Pete and lets face it, he is genius. It was some of the best times of my life, so why wouldn’t I come out and remember him and honour him?” Ticket sales for the event will launch on Friday, March  23, 2012. A portion of the proceeds will be given to Cancer Research U.K.