Home » NEWS » DANIEL GIBSON JR. HAS AN EAR FOR MUSIC

DANIEL GIBSON JR. HAS AN EAR FOR MUSIC 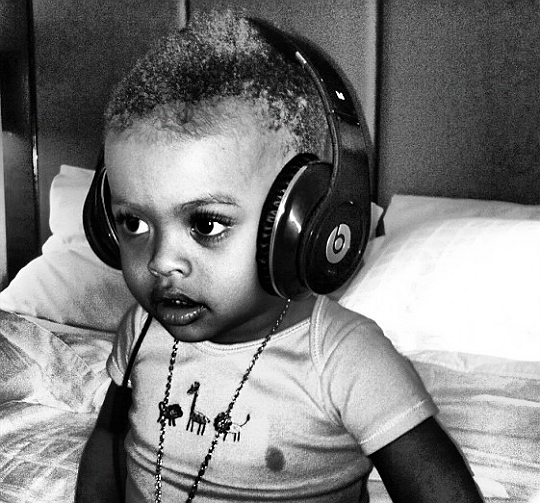 Little Daniel Gibson Jr. knows good music when he hears it. Keyshia Cole-Gibson recently captured her son enjoying sounds and posted the picture to Twitter. According to Cole, Daniel was “jamming to drake ‘find your love’ he still loves this song!”

Daniel Gibson Sr. recently returned to Cleveland’s basketball lineup after injuring his ankle. According to ESPN, Gibson was injured “when he landed on the foot of Indiana’s Paul George while attempting a jump shot on Feb. 15. Gibson, who is shooting 42.9 percent on 3-pointers, missed games against Miami and Sacramento.”

While covering Ebony magazine’s ‘Hottest Couples’, Keyshia characterized her husband as a loving person with a good moral compass. The singer states, “What made me gravitate toward Gib was his faith in God, more than anything. He seemed like a loving person. He talked a lot about his grandmother who had passed away, and the things she instilled in him.”

Daniel Jr. is the couple’s first child together.

Check out more pictures of the little tot below!

SCARLETT SMILES FOR THE CAMERA