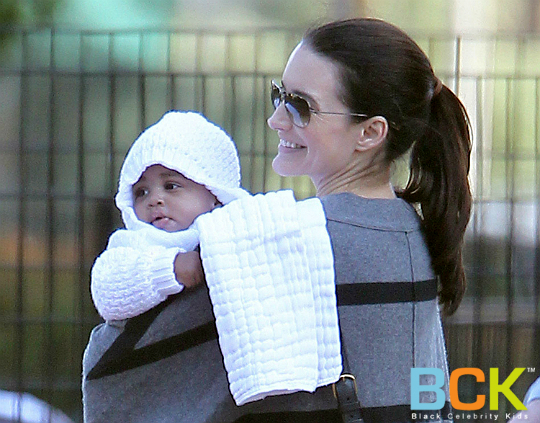 “Sex and the City’s” actress Kristen Davis is a proud mother. She recently sat down with talk show host Anderson Cooper to discuss motherhood and more. Check out highlights from the interview now!

“I had totally forgotten that on ‘Sex and the City’ I also had a child named Rose and since I did this whole thing in secret I didn’t talk to anybody about the naming or the adopting at all and I didn’t realize the connection. Then we announced and everybody was like, ‘Oh, she named her after her ‘Sex and The City’ baby. I didn’t even consciously [realize it], not at all, not at all. I almost named her Rose as a first name because I kept thinking it’s such a beautiful name. Isn’t it weird? I think it was lodged unconsciously.”

Keeping in touch with the ‘Sex and the City’ crew.

“We are pretty much family at this point. We have worked together for something really crazy, like 15 years. I was here [New York City] in December, I saw Kim on Broadway. I took my baby and I saw Sarah’s babies. I took my baby and saw Cynthia’s babies. Cynthia’s on Broadway now and I’m going to see her next week. The writers — we all are friends.”

“I had never thought about it because I was so kind of worried about the first. Once she [Gemma Rose] came I was like, ‘Hey I can do this, this is OK.’ So I mull it over, but because I’m a single mom, I want to focus on her and make sure I’m doing a good job first.”

Head to http://www.andersoncooper.com/” target=”_blank”>AndersonCooper.com to find out when Anderson is on in your area.