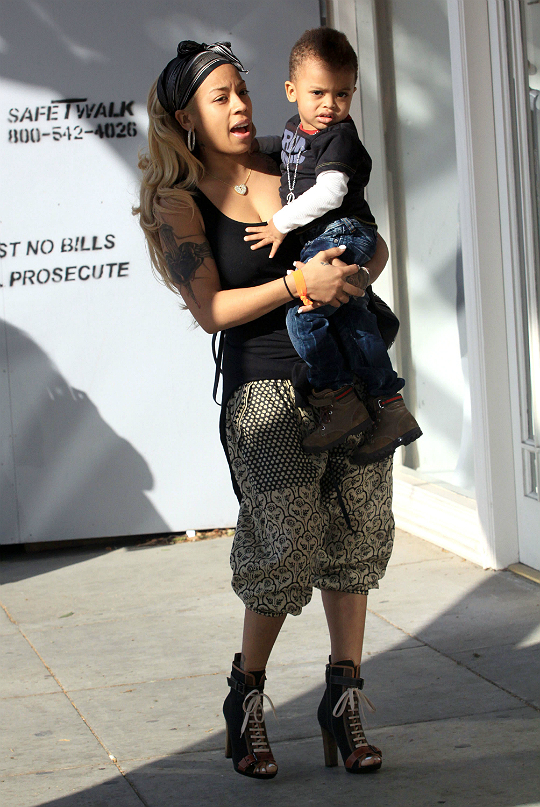 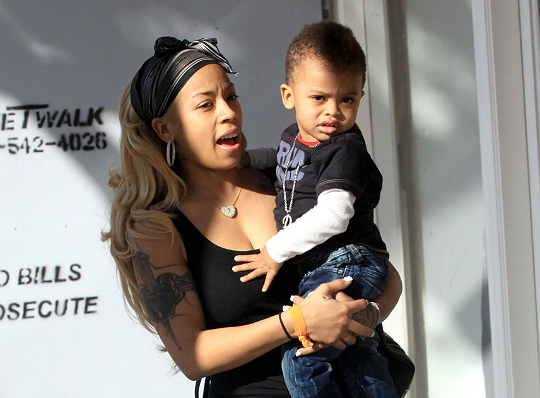 Singer Keyshia Cole with son  Daniel Gibson Jr.,two next month, and a friend out shopping on Robertson Blvd in West Hollywood, CA on Saturday, February 18, 2012. The singer recently gave an update of her much anticipated fifth album tweeting, “Picked 4 singles today! Mixing on Monday! We also picked a network for the reality show #FamilyFirst!!! Excited.” Keyshia previously revealed that she and Ashanti were teaming up for the upcoming album entitled Woman to Woman.

Cole has characterized motherhood as dramatically beautiful. As she explains, “I’m so blessed to have him [Daniel Gibson Jr.]. God put so many things in your life for a reason so take heed to it and be thankful. [Becoming a mother] made me appreciate the good things.” Keyshia and husband Daniel Gibson were married in May 2011. The couple has one child together. 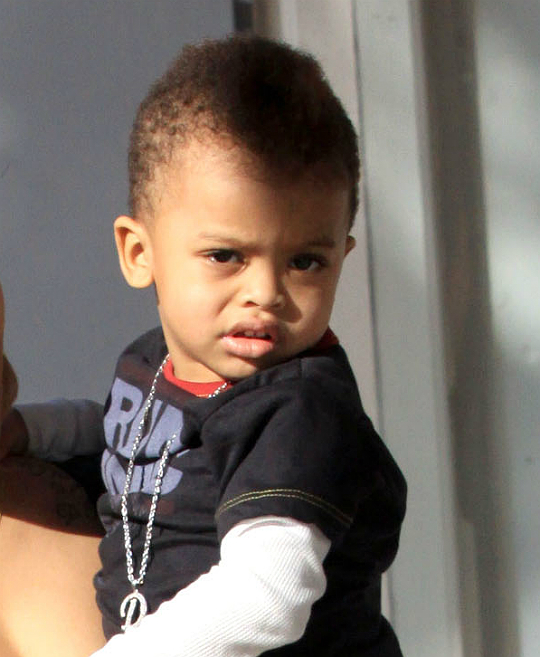