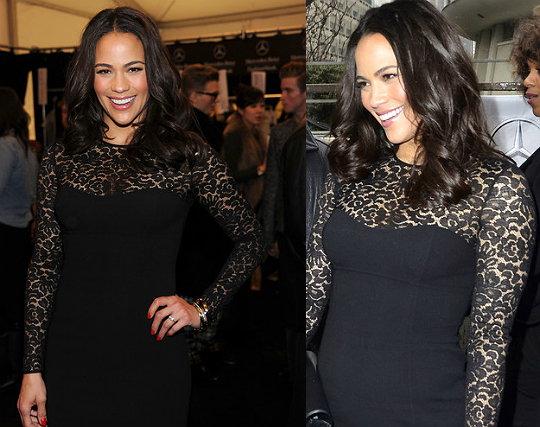 Is Paula Patton pregnant? Maybe so. The actress attended the Michael Kors fashion show in Miami, Florida on Wednesday, February 15, 2012 with what could be a growing stomach. Many attendees commented on Patton’s appearance and photographers said the actress  “was glowing and gorgeous as she showed off her baby bump.”

Although speculation is great, nothing has been confirmed by Patton or her husband Robin Thicke. In fact, Paula recently conducted an interview with People magazine in which she talked about her struggle to lose weight after giving birth to baby Julian. The actress states, “It was really the most grueling and one of the hardest things I’ve done. I worked out for two and half hours, six days a week for a couple of months. It was so hard! I would never cry in front of the boys, but inside I was hurting and a little depressed.”

Would Paula become pregnant immediately after working so hard to lose the baby weight? Maybe so, maybe no. The public will just have to wait and see how the story unfolds.

What do you think? Does Paula Patton appear pregnant to you?

HEATHER HEADLEY AND SON AT REHEARSAL