Home » NEWS » FLAVOR FLAV AND SON AT THE BALL GAME

FLAVOR FLAV AND SON AT THE BALL GAME 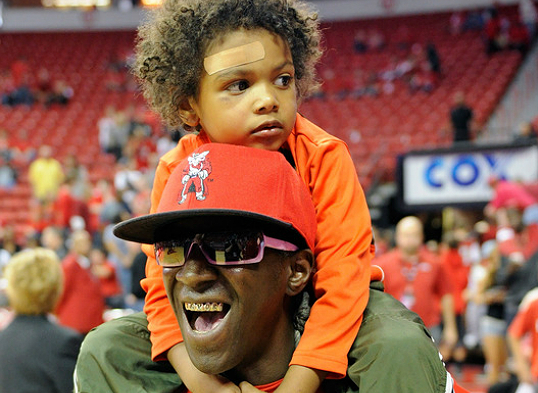 Rapper Flavor Flav holds his son Karma Drayton at a game between the UNLV Rebels and the San Diego State Aztecs at the Thomas & Mack Center February 11, 2012 in Las Vegas, Nevada. UNLV won 65-63. 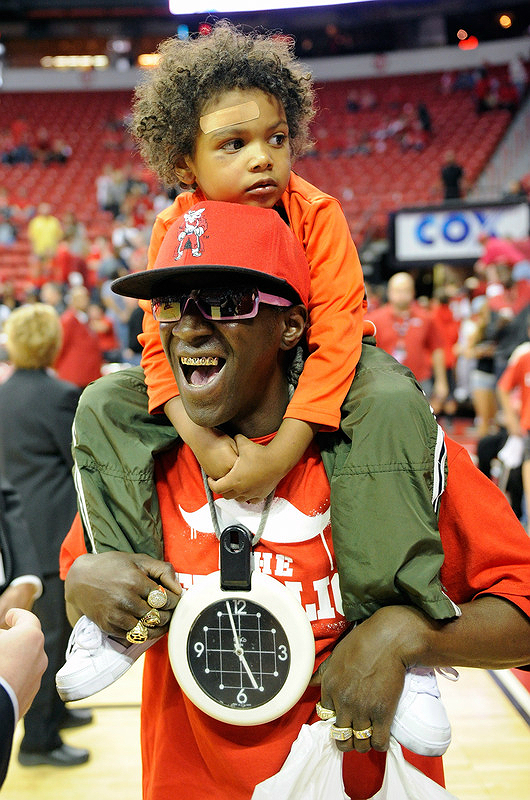 Flavor Flav recently starred in a Pepsi commercial with X Factor winner Melanie Amaro and singer Elton John. Flavor and Elton meet up with each other at the end of the commercial while Melanie sings during the advertisement.  The promotion aired on Sunday, February 5, 2012 during the Super Bowl.

Flavor Flav and fiance Liz have one child together. Flavor has seven children in total.

JIMMY JAM AND FAMILY AT THE 54TH GRAMMY AWARDS