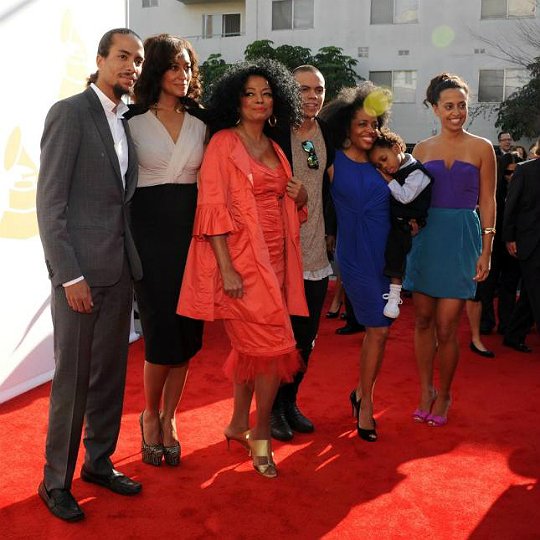 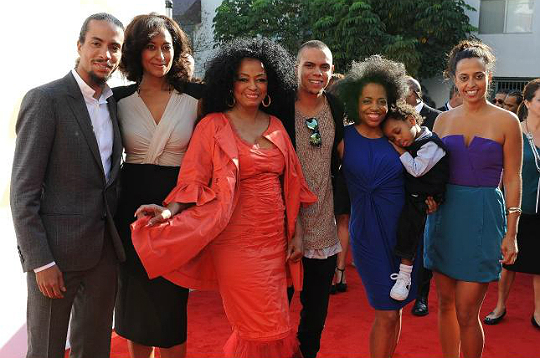 GRAMMY Lifetime Achievement Award winner Diana Ross accepts her GRAMMY with her five children and grandson Raif Kendrick (born August 7th, 2009) by her side. The 54th Annual GRAMMY Awards – Special Merit Awards Ceremony was held at The Wilshire Ebell Theatre on Saturday, February 11, 2012 in Los Angeles, California. Ross was given the award for her excellence in music. 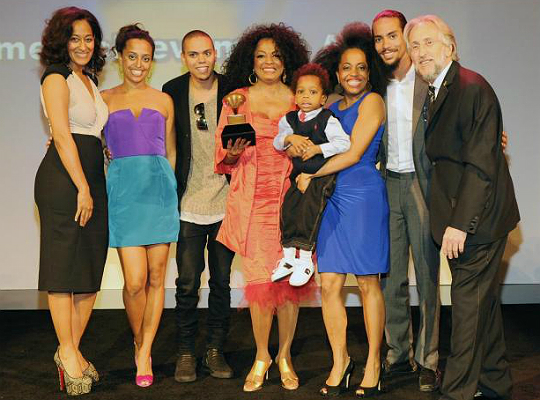 When asked about her legendary singing career Diana said, “It’s been such an incredible ride. I’m very happy, very excited. I look forward to the future — and going into the studio to make new music.”

She added that her children were her true “lifetime achievement.”