JOHAN IN BLACK AND WHITE 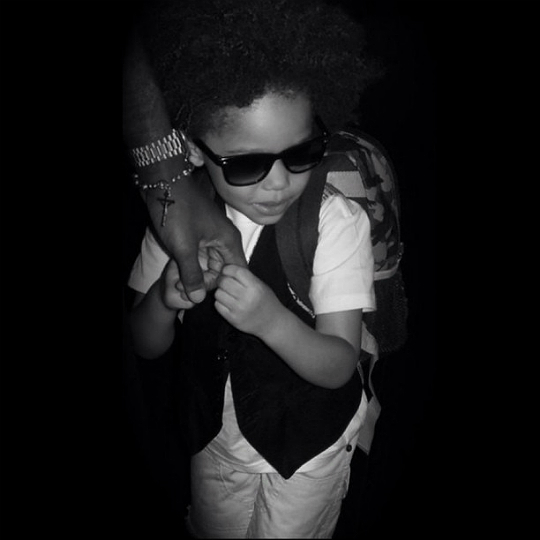 Johan Jackson, four next month, is a cutie in black and white. The toddler has his backpack and is ready for the challenges of the day.

Johan’s father recently discussed mother Emily Bustamante’s involvement in the reality television show Love & Hip-Hop. Fabolous states, “It’s just not my cup of tea. It’s one side of what’s going on. I don’t bash it, but I’m not really in support of it, either. I don’t think it depicts me the way I am. It just depicts a one-sided version of what’s going on.”

Bustamante and Fabolous were in an extended relationship before Emily gave birth to Johan in 2008. Bustamante allegedly ended her and the rapper’s relationship on the season finale of Love & Hip-Hop 2.