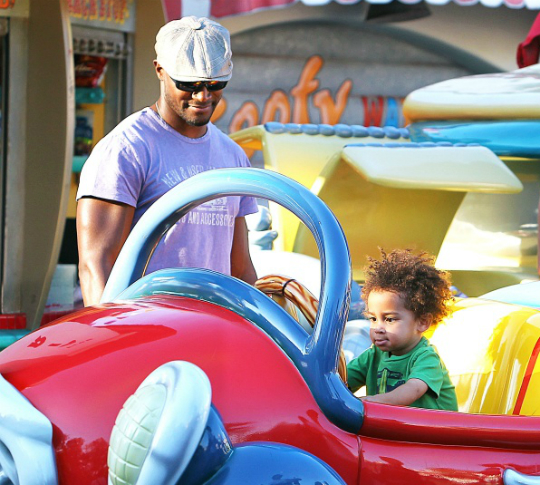 Actor Taye Diggs recently sat down in a round table discussion with several bloggers to promote his new book Chocolate Me. While in discussion, Diggs addressed race and self-esteem as they relate to his life experiences.

“At five-years-old, none of us knew the can of worms we were opening… the little white kids who were making fun of me, they didn’t know. Their whole questioning was coming from the fact that I was different. None of them ever used the N word or negro. They just knew, ‘Ok, his skin is brown, my skin is white, his skin is white, his skin is white, let’s make fun of him.’ It wasn’t even in a nasty way at 5. But I obviously didn’t take it well. And then the older you get, once that understanding came, then that was a whole different issue. Then you have to deal with serious self-reflection. My mother was very fair skin and my dad was dark. And back in my mother’s day, she was seeking out the dark men because she didn’t feel black enough. So it’s a continuing issue. We’ve come a long way, but I don’t think we’re fully over it as a society.”

Taye’s self-esteem as a child.

“My mother and my father made sure that whatever we were going to see, whether it was a movie, play, TV, they always brought attention to black performers; without in any way being discouraging to other races. It was just this, ‘we want to make sure you understand who you are and regardless of what mainstream society puts out there or may think, this is what is happening. These are positive people that look like you and are doing great things so there’s no excuse for you to not be doing things just as great'”

On raising a mixed-race child.

“Me and my wife, we discuss this and we’re still trying to figure some of this out just with Walker and what he should call himself and how he views himself. When I was growing up if you were half a shade darker than white, the white people would not accept you. You weren’t white. These days, thank God, people are a little bit more accepting and people’s views are broadening and it’s not as accepted to just choose one, how you might have been forced to in the past. I think it depends on the parents’ perspective and how they feel about those issues and how they kind of want to pass that down to their child. As proud as I am of my blackness, I think it’s important to show Walker that he should be just as proud of his Jewish mother and all of the culture that that includes as well.”

Why Taye wrote Chocolate Me.

“The idea to write this book came far before I was a father. I knew that I wanted to be a father, but that had no influence on the actual writing of the book. The inspiration came straight from more of an experience of being a son… my mother’s son. That being said, once we got pregnant, my perspective completely transformed and though the words didn’t change, though the message didn’t change, how I felt about what I was writing changed and I just started to get really excited for the day that I could read my book to my son. And every time I continue to read the book to my son—now he can say the words along with me—words can’t explain how it makes me feel.”

MICHELLE OBAMA ON MOTHERHOOD AND HAVING MORE KIDS