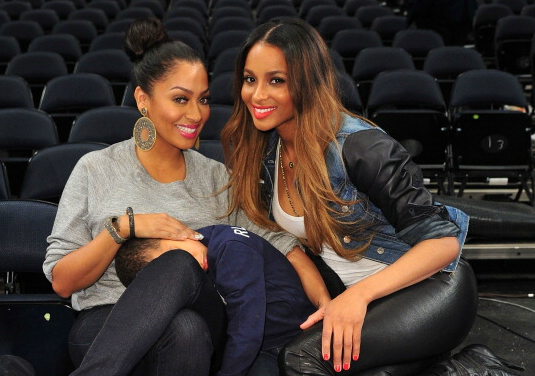 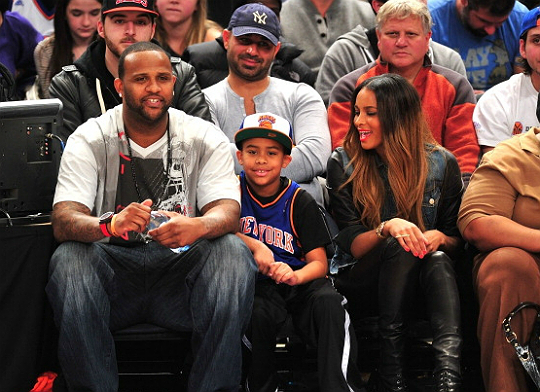 MLB player CC Sabathia and his son CC III,8, are pictured with singer Ciara at the Orlando Magic vs New York Knicks game at Madison Square Garden on January 16, 2012 in New York City.