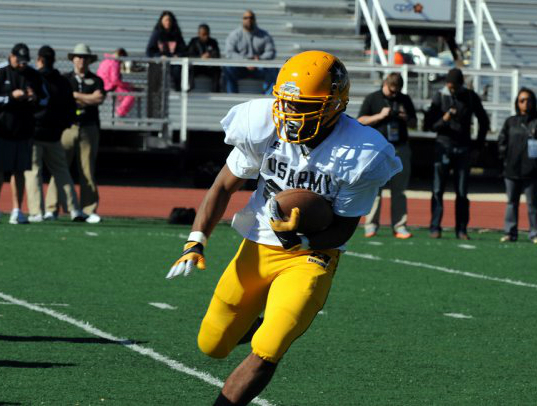 Barry James Sanders, son of NFL legend Barry Sanders, is expected to spend his collegiate years at Stanford University instead of Oklahoma State. Fox Sports reports that Barry received several offers from universities throughout the nation but is more drawn towards Stanford because of its history of academic excellence.

Like his father, Barry James has dominated the running back position at Heritage Hall High School in Oklahoma City. The young athlete has rushed 1,324 yards and scored 27 points for his team in this season alone.

The younger Barry is expected to officially announce his commitment at the US All-American Bowl in Antonio, Texas on Saturday, January 7, 2012. Barry J. may be the next Hall of Fame legend that the NFL has seen.