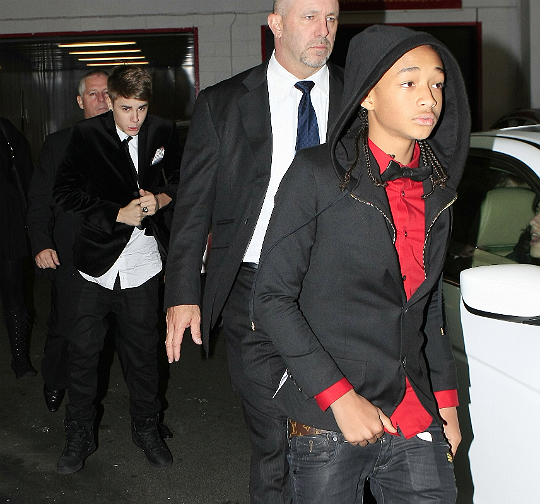 Justin Bieber and Jaden Smith have got the collaborating bug again and this time it’s a New Year’s song. The two teen pop stars partnered to produce a song entitled “Happy New Year” especially for the year 2012.  Justin and Jaden released the new selection via Twitter before celebrating the holiday with Dick Clark. After releasing the single Jaden tweeted, “New Year, Same Drive. Gotta Stay On My #RealGs Grind.”

Smith and Bieber previously collaborated to release a revised version of “Thinking About You” originally by Frank Ocean. Willow Smith also released her version of the song to YouTube fans. In addition to partnering for music, Justin and Jaden often attend events together and even dress alike on occasion.

PHOTOS: THE RAYMOND BROTHERS RING IN THE NEW YEAR WITH MOM

PHOTOS: THE RAYMOND BROTHERS RING IN THE NEW YEAR WITH MOM