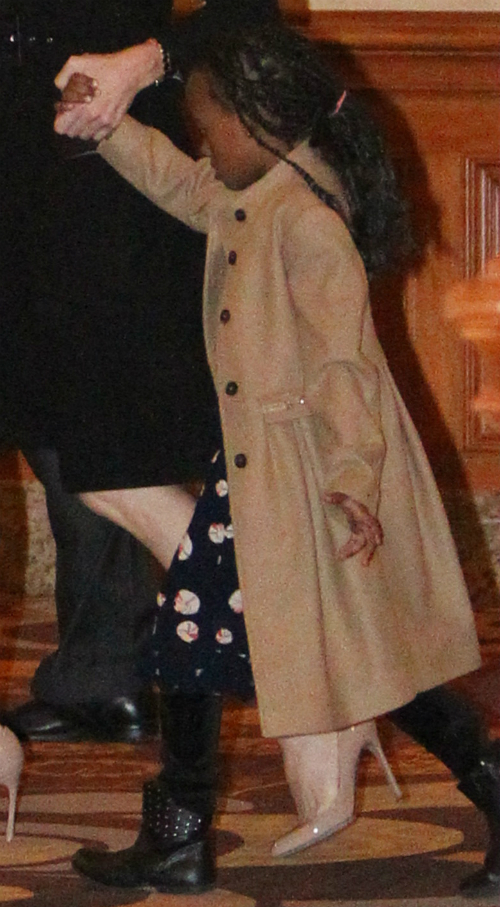 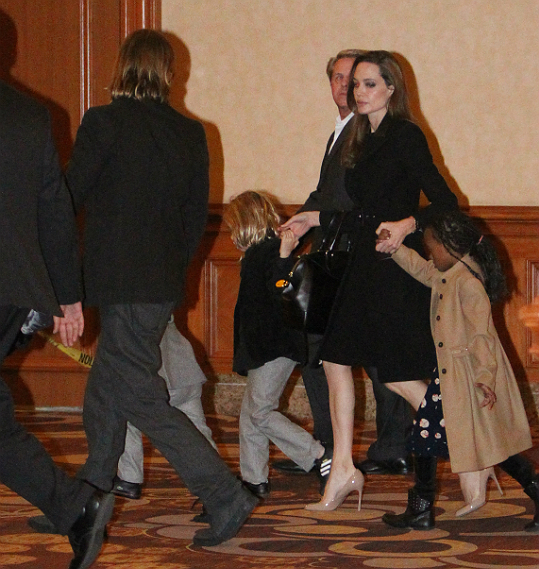 Zahara, seven next month, showed off her new hair plait extensions this weekend while out with her family in Las Vegas, Nevada.

Zahara’s new hairstyle comes after intense scrutiny from Newsweek reporter Allison Samuels. In 2009, Samuels wrote a series of  articles that criticized Jolie for not doing anything special with Zahara’s hair.  In one post Samuels wrote, “In recent pictures it’s clear Angelina Jolie hasn’t taken the time to learn or understand the long and painful history of African-American women and hair. If she had I can’t imagine she would continue to allow Zahara to look like she has in the past few months. Photos of  Zahara show the 4-year-old girl sporting hair that is wild and unstyled, uncombed and dry. Basically: a ‘hot mess.'”  While many disagreed with Samuels, some readers deemed the reporter to be correct in her observations.

While in Las Vegas, the Jolie-Pitt clan went to see the  Michael Jackson: The Immortal World Tour theatrical production which made its debut on October 2, 2011. The show will tour North America for two years before moving on to Europe and other parts of the world. 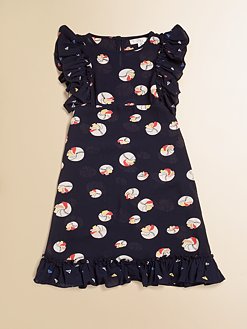 Gifts for Christmas: To over-indulge or live within means?