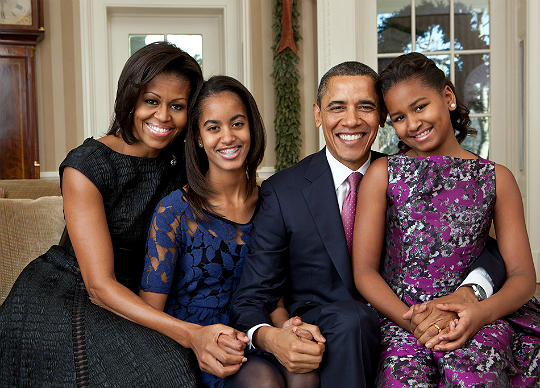 President and First Lady Obama released their official portrait for 2011. Michelle and Barack are pictured with daughters Sasha,10, and Malia,13. The family posed for professional photographer Pete Souza in the Oval Office, holding hands as Souza snapped pictures. The photo was released earlier today and is a delightful view.

President Obama and his family recently celebrated the 30th annual “Christmas in Washington” concert event where several celebrities performed. The concert will air on Friday, December 16, 2011, and will benefit the Children’s National Medical Center.

AUDIO: JACQUEES AND JAGGED EDGE'S "ALL I REALLY WANT"