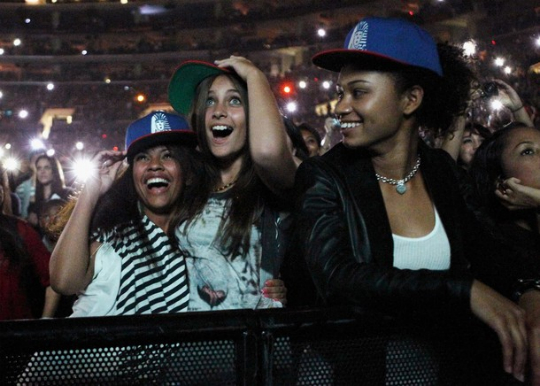 Paris Jackson,13, recently appeared on the Ellen DeGeneres Show to give her first solo interview. The young star discussed everything from school to her relationship with her father, the late Michael Jackson.

Paris enjoys school because it gives her the opportunity to “be normal.” Paris told Ellen that many of the children did not recognize her as the daughter of a super star and she attributes much of this to Michael’s unique methods of disguising his kids in masks. Paris states, “[at first I thought] This is stupid, why am I wearing a mask?’ But, I, kind of realized the older I got, like he only tried to protect us and he’d explain that to us too.”

Jackson also commented on her father’s many words of wisdom. Paris explains, “He said, ‘If I die tomorrow, always remember what I told you. I took his advice and I remembered everything he told me.” Paris will star in the film Lundon’s Bridge and the Three Keys. The movie will be based on the teenage book series carrying the same title.

NAVIYD CELEBRATES HIS BIRTHDAY ON ICE