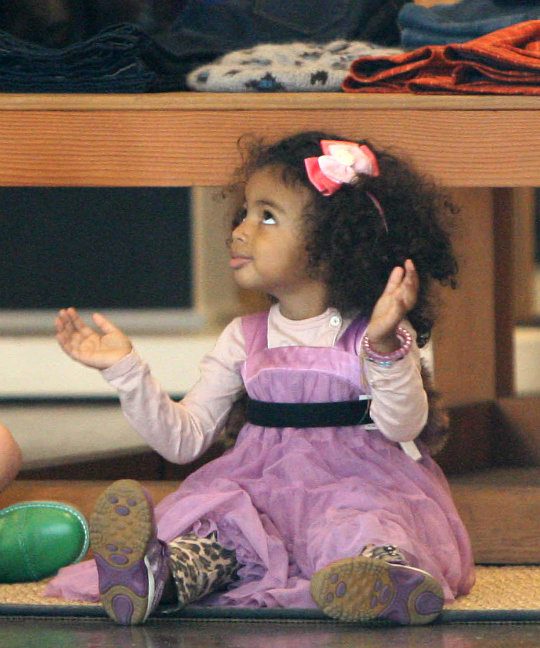 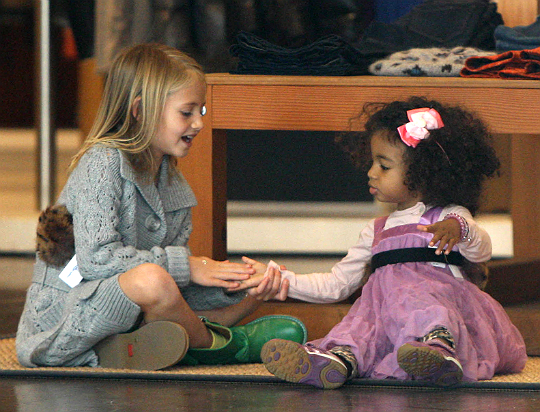 Sweet Sisters! Supermodel/host Heidi Klum did some holiday time shopping with her daughters Lou,2, and Leni,7, in Brentwood, California on December 3, 2011. While Heidi shopped, the girls had a fun time playing games and passing time in the store.

Meanwhile, Britain’s Closer magazine is reporting that Heidi and her husband Seal want to expand their family soon by adopting. Seal allegedly told the publication, “I was really inspired by Sandra Bullock, who we’ve become friends with. She came round with her adopted son and she’s raising a little boy by herself. She’s giving him a chance, but he doesn’t know it yet, which is just awesome. “We’ve talked about adopting. I’ve no idea where we’d adopt from but I think we will one day – just not yet.”

The couple already have their hands full with four kids. 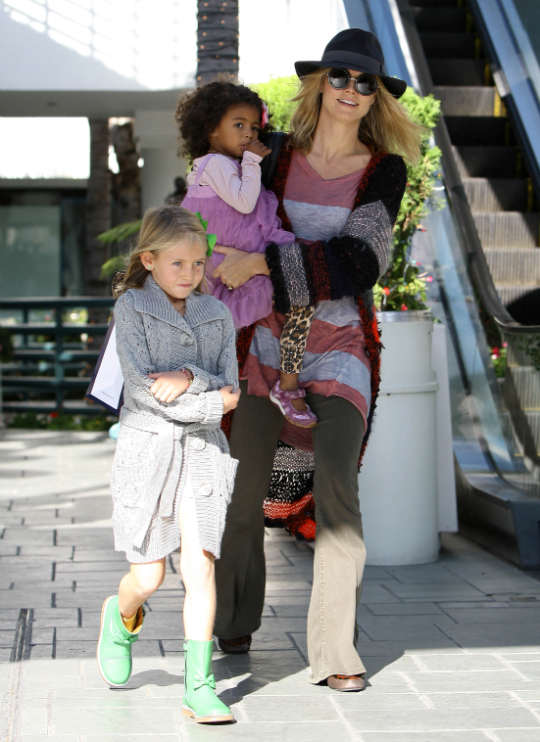 More pictures of the family below!