Home » NEWS » JERMAINE DUPRI: “ME AND MY EVERYTHING”

JERMAINE DUPRI: “ME AND MY EVERYTHING” 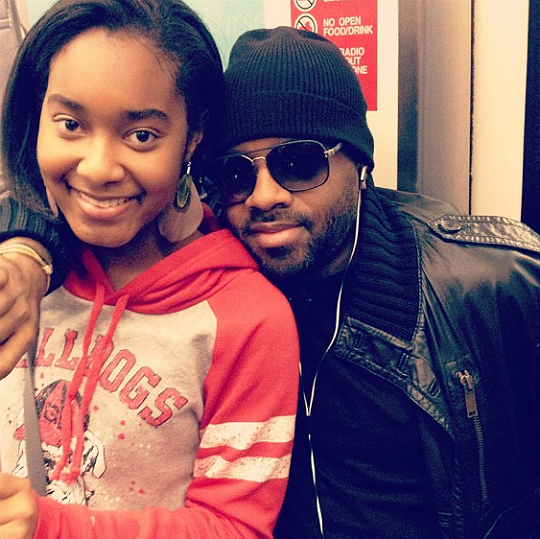 Rapper and producer Jermaine Dupri poses with his daughter Shaniah Mauldin, 13, on one of several father-daughter outings. On Twitter, Dupri refers to his daughter as “such a girl, she just asked, if we were going to the NBA lockout, lol!! she said what everybody keep talking bout, lol.”

Hopefully Shaniah hasn’t become too comfortable as “Daddy’s Little Girl,” since she’s not the only little girl that Dupri has. It was recently revealed that Jermaine has a 7-month-old daughter from Atlanta, Georgia. Jermaine was reportedly sued by the baby’s mother, Sarai Jones, for delinquent child support.  He was ordered to pay $2,500 a month for support and an additional $7,500 to the child’s mother.

Regardless of Dupri’s paternity woes, he is a great father to Shaniah and is prospected to be a good dad to his newest bundle of joy.