CHINA ANNE MCCLAIN TALKS A.N.T. FARM AND BEING AN ACTRESS 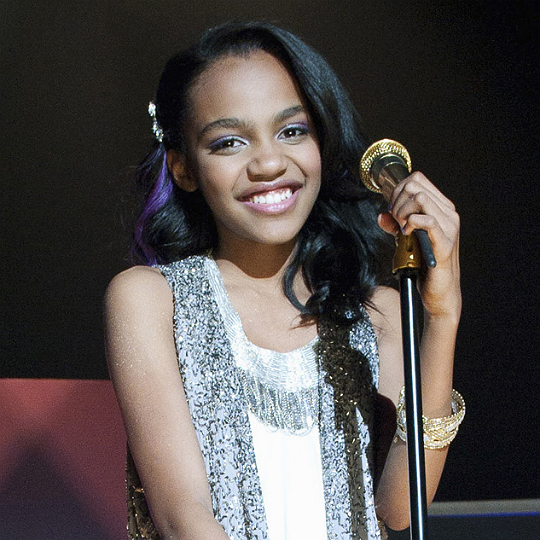 China Anne Mcclain is a teen sensation with previous starring roles on House of Payne and Daddy’s Little Girls. Daughter of a music producer and songwriter, Mcclain has managed to lead a successful acting career while remaining true to her musical inclination. The 13-year-old recently sat down with Tonight to discuss her newest role in A.N.T. Farm, and acting in general.

Details about the show.

“The show is all about fitting in at school. So there are some fun lessons to learn along with the funny jokes and silly things going on. Kids can relate to everything.”

Pros and cons of acting.

“My favorite thing about acting is the way I get to work with so many amazing people. The cast grows a close bond, so you always have somebody to talk to and hang out with. I guess working on emotional scenes is the worst part of acting. You have to pretend to be sad and down, but you don’t want to be blue. That’s really tough, but I don’t have to do it often.”

Training in relation to her craft.

“At first, I didn’t like acting lessons, but then I realized how important they were. There’s always room to learn. Never forget that.”