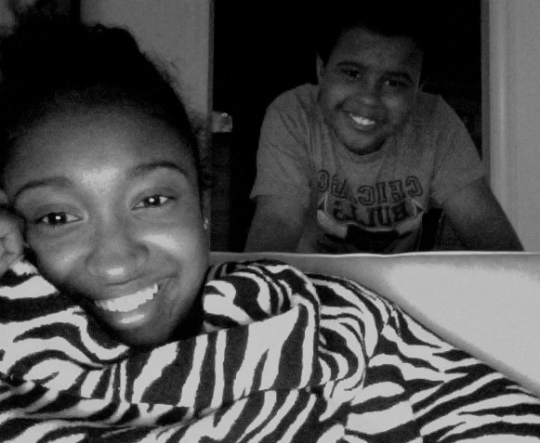 Ja Rule may be incarcerated but he is certainly thinking of his daughter’s welfare. In a recent letter from prison, the rapper commented on his daughter brittany’s dating activity. Ja Rule writes, “…when Ish[my wife] told me that Britt’s acting partner was 17, I almost had a fit, even tho she’ll be 16 soon. I’m sure he’ll be 18 soon and BAM there it is crossroad LOL.” While the rapper does not object to his daughter dating, he’d prefer someone who is not on the brink of adulthood. As Ja Rule states, “I trust Britt I know me & Ish raised her well, besides she hates Kids LOL. But I also know the intentions of a young man. I got my eyes on you lil homie.”

According to the letter, Ja Rule has more reasons than one to monitor the relationship. Aside from fatherly instinct, the rapper is currently incarcerated with an 18-year-old man who was arrested and convicted of sexual assault. While assault is common, the circumstances surrounding the conviction were abnormal. As Ja Rule states, “…he just turned 18 and got a girlfriend, who is only 16. Her parents pressed charges and now he’s locked up on sex offender charges. He was in school for graphic arts to learn how to make video games. It’s sad cause he’s still a kid himself, a good kid at that and now he’ll be forever labeled rapist or sex offender, when really he’s probably just a kid in love.”

In all, the rapper and his wife Aisha have three kids: Brittany, Jeffrey Junior, and Jordan(pictured above).