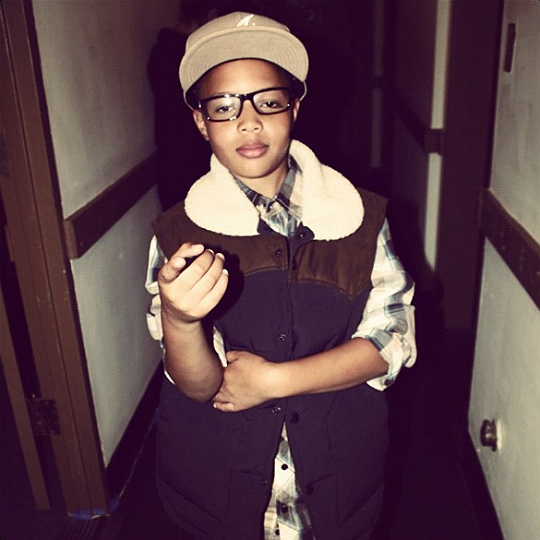 Domani Harris,10, aka D-Money is following in his father’s footsteps to become a rapper:

While on the set of Young Jeezy‘s video shoot for ‘F.A.M.E.,’ Tip introduced his newest protege Domani, aka D-Money. The rap tyke has been honing skills while on tour with his sister’s tween group OMG Girlz and feels he ready to rock the mic. “I wanna be a rapper because, I want everybody to know my songs,” he tells MTV News.

After spitting his freestyle, D-Money gave a salute and ended the session like a true veteran rhyme-spitter. “Goodnight America,” he said. Source

CORINNE BISHOP IS A FOXXY LADY

CORINNE BISHOP IS A FOXXY LADY