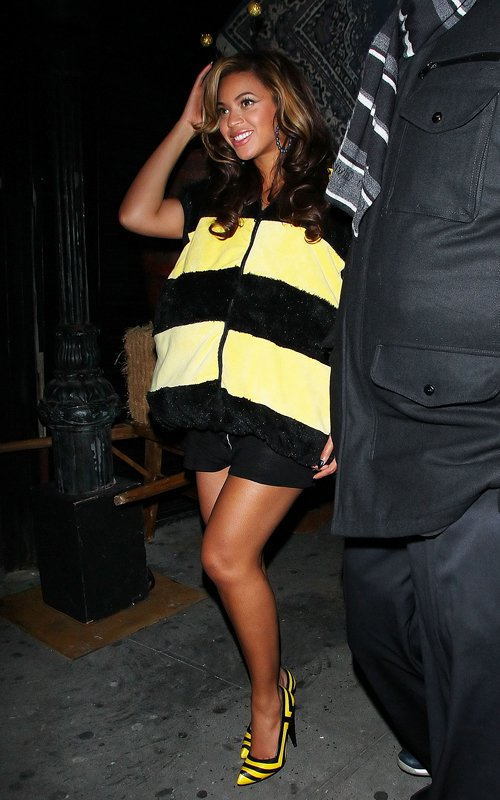 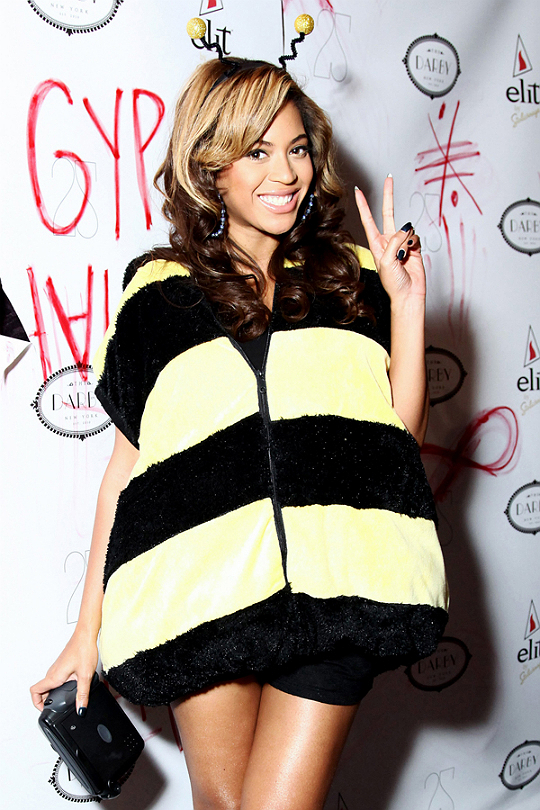 She is as cute as can BEE! Mom-to-be BEE-yonce looked BEE-autiful dressed as a bumblebee for rapper Kanye West’s Halloween party last night:

Making the most of her curves and expanding belly, the singer, 30, dressed as a bumblebee — a fuzzy, structured costume and antennae headband — at Monday’s Gypsy Halloween bash hosted by Anja Rubik and her pal Kanye West. With such celebs as Naomi Campbell, Tyson Beckford and Russell Simmons also in attendance, the “Love on Top” singer showed up for the bash with a small group of gal pals and a watchful security guard. Although Jay-Z’s world-famous wife stayed in her seat for most of the party, she sang and danced from her chair — vigorously! — to tunes from DJ Khaled, T Pain, Snoop Dogg and other hip hop stars.

When Jay-Z and Kanye’s hit “Ni*** in Paris” came on, the diva even orchestrated a few hand-flip dance moves a la “Single Ladies!” (Source)

The singer even managed to pair her outfit with some striking bee-striped heels.They don’t just call her Queen Bee for nothing!

GALLERY: MORE ADORABLE HALLOWEEN PICTURES OF CELEBS AND THEIR KIDS

GALLERY: MORE ADORABLE HALLOWEEN PICTURES OF CELEBS AND THEIR KIDS