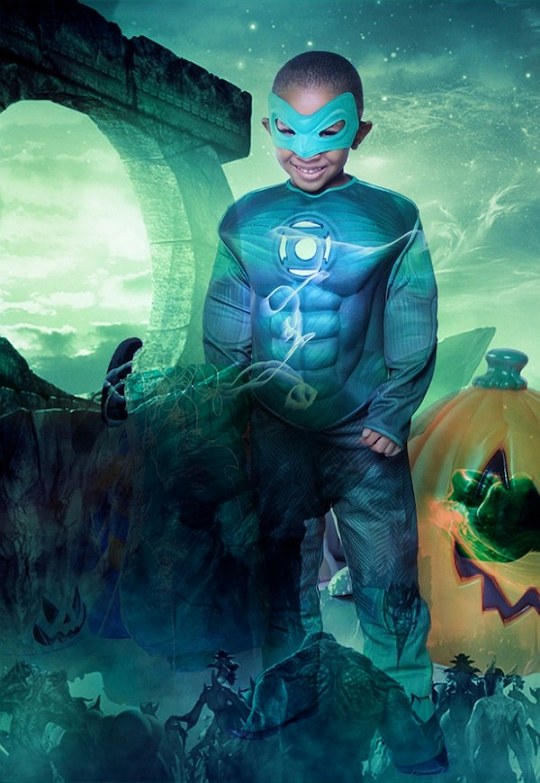 Celebrity kid Kasseem Jr,4, the son of writer/singer Mashonda and producer Swizz Beatz, poses in a Halloween photo shoot for Vibe Vixen. Looks like litte Kasseem had a spooktacular time playing the role of fictional character Green Lantern for the shoot.

Fun Tidbit: Kasseem loves to play at the park and ride his bike. He enjoys video games and arts & crafts. His favorite candy is sour patch kids, and he loves to watch Ben 10.

Check out more pictures of Kasseem and his mom below!