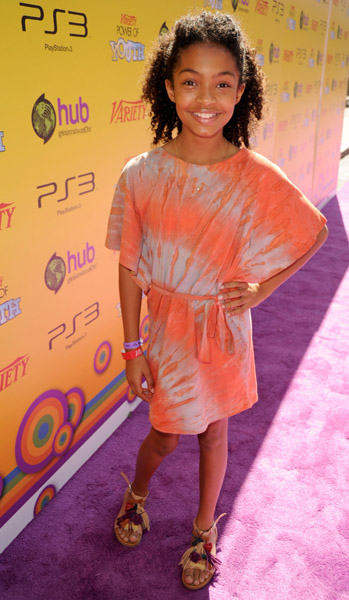 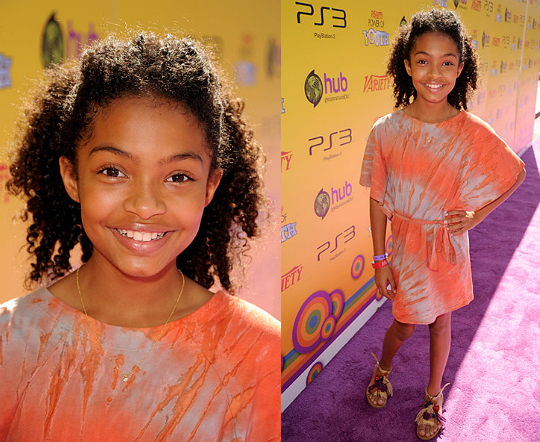 Yara Shahidi,11, arrived at Variety’s 5th annual Power Of Youth event presented by The Hub at Paramount Studios on October 22, 2011 in Hollywood, California.

Yara was recognized at the event for her work with several charitable organizations, including NextAid.org:

NextAid  is a highly respected non-profit organization in Los Angeles and creates projects that serve needy children, youth, and women in Africa. As the great grandson of a Ghana West African King, Kwesi was thrilled to find out that the money raised thus far from the sale of the t-shirts has been used to support the construction of an ecological business facility located in Nairobi slum ,the Kawangware Vision Centre. The centre is locally created and managed by former street children to provide positive opportunities to get kids off the streets. To make a donation, go to NextAid.org.