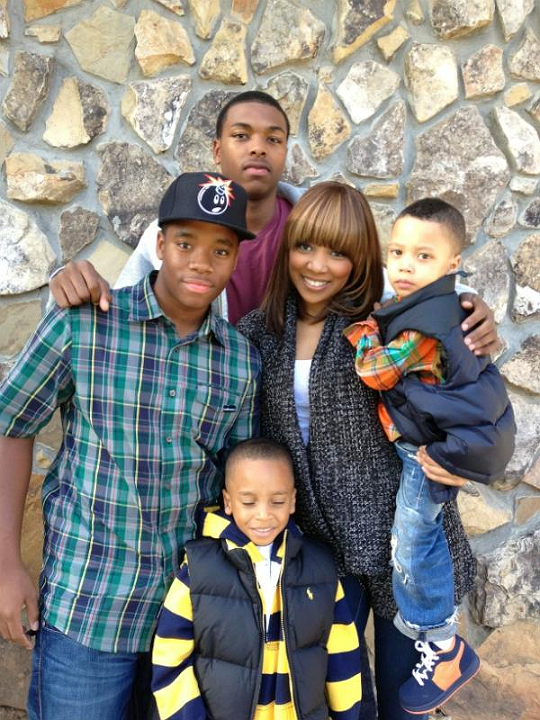 Singer Monica and family were all spotted at the Scream Tour in Atlanta this past Sunday(October 23, 2011). 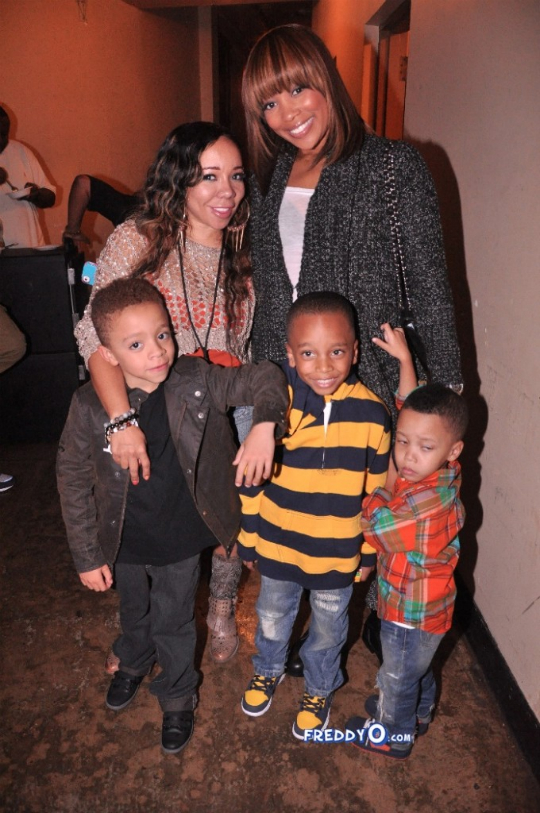 Monica and her sons Rodney “Rocko”(c) and Romelo(r) Hill pose with singer Tameka “Tiny” Cottle-Harris and her son King Harris(l). 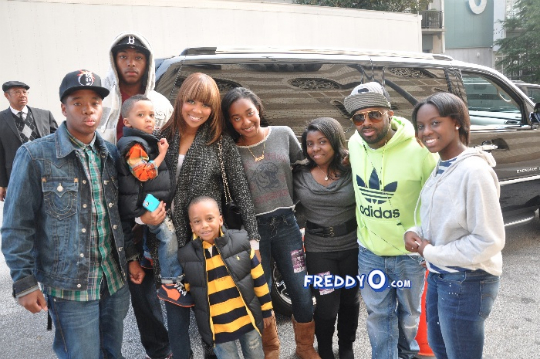 Also in attendance at the event was producer Jermaine Dupri and his daughter Shaniah.

T.I. made an appearance on stage as did his son, up and coming rapper Domani a.k.a G-money. Check out more pictures below!

SHARON LEAL AND HER PREMIERE PAL

SHARON LEAL AND HER PREMIERE PAL