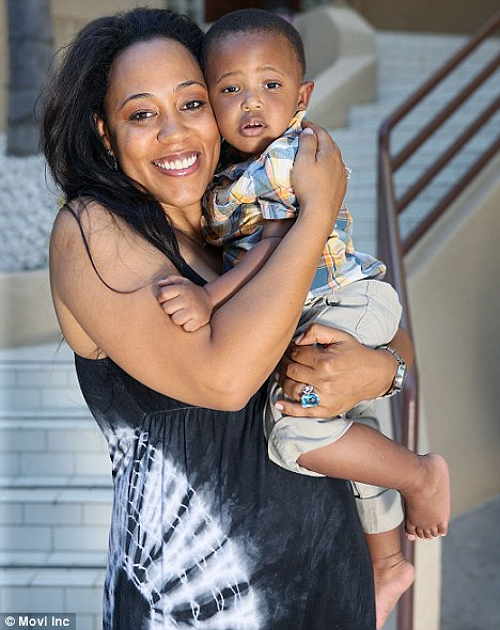 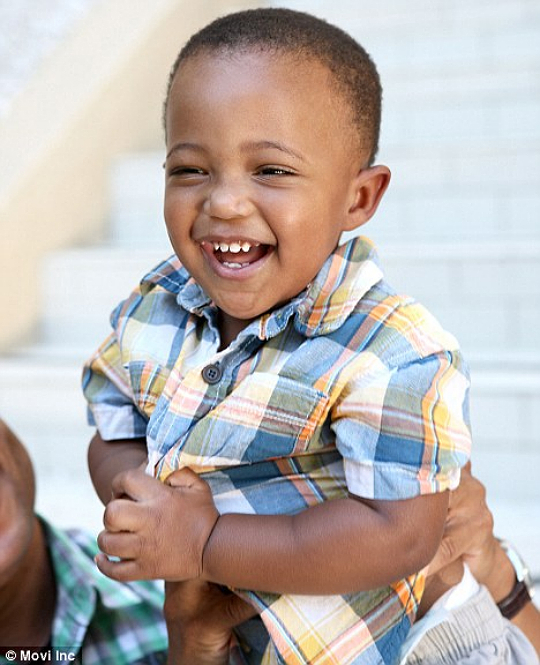 Meet Nixon Knowles, the son of record executive Matthew Knowles and former Scrubs star Alexsandra Wright, and the half-brother of singers Beyonce and Solange Knowles.  Back in 2010, it was revealed that that Mr. Knowles had fathered a child out of wedlock. The child in question, Nixon , is now 21 months old. Sadly, the adorable tot has never seen his father. In fact, Alexsandra claims that not only has Matthew not seen his only son, but he ALLEGEDLY wanted to pass little Nixon off as Beyonce’s son:

When Beyonce’s baby bump appeared to fold in two during an appearance on Australian TV earlier this month, tongues began to wag.

Though suggestions that was wearing a prosthetic were slammed, many conspiracists suggested that the 30-year-old singer and her rapper husband Jay-Z, 41, were trying to conceal the use of a surrogate.

Now her father Mathew Knowles’ former mistress is claiming that the 60-year-old asked her to hand over the child they conceived during their affair, for the superstar couple to raise as their own.
It will prove grist to the mill of internet theorists who are still nurturing wild notions about use of a fake bump.

Alexsandra recalled: ‘My first thought when he asked me if I would give up our child to Beyonce and Jay-Z was, ‘Are you out of your mind?’

The actress, who gave birth to son Nixon on February 4 last year after her 18-month extramarital affair with Beyonce’s father and former manager ended, added: ‘Nothing in the world, no amount of money would make me give up my child, you can’t buy my child from me!’

‘Maybe Mathew thought money could buy anything,’ she added.

Alexsandra, who says she recorded her conversation with Mathew, then went on to ponder: ‘I don’t know why he suggested it.’
Read More