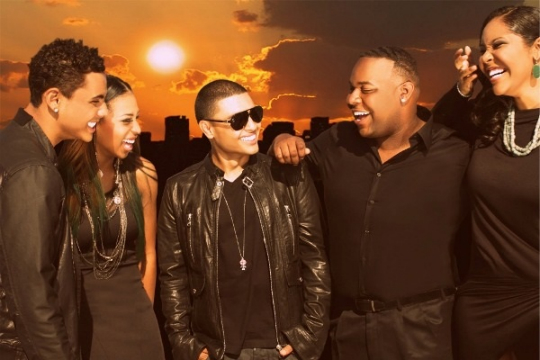 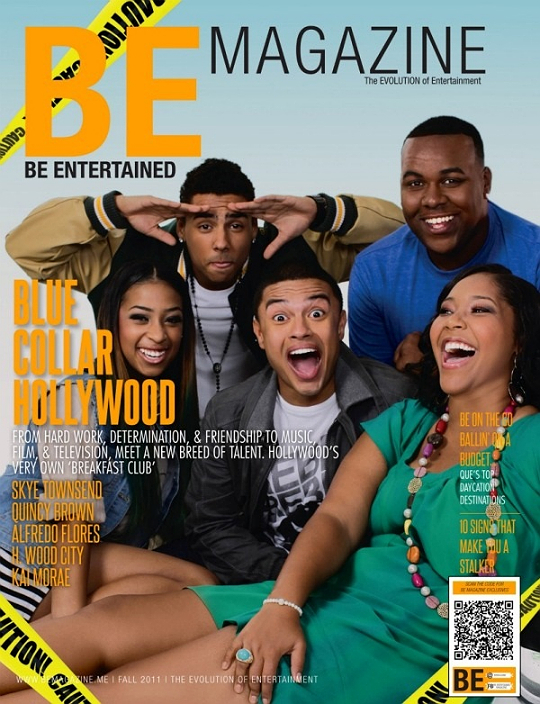 Celebrity kids Kai Morae (daughter of actress Lisa Raye McCoy), actor/rapper Quincy Brown (son of musicians Sean “Diddy” Combs and Al B. Sure), singer/actress Skye Townsend (daughter of actor/director Robert Townsend), director Alfredo Flores (credits include Justin Bieber & Mariah Carey), and Hip Hop/Pop recording artist H. Wood City are featured on the latest cover of  BE magazine. In the issue, the young celebs talk about their parents, making it on their own and much more!

Quincy Brown on being Diddy’s son:

“I don’t want to be labeled or have any handicaps for when I actually
achieve or earn something. It’s very easy for someone to say,”Oh, he got
that because he Diddy’s son.” My job is to make that HARD or IMPOSSIBLE for
anyone to say.”

Skye Townsend on realizing her dad was a celebrity:

“I knew he was famous at a young age. I was always on set for “The
Parenthood” and realized he had to leave town a lot. However, I went to a
school where most kids lived like me with parents like mine so I assumed
everybody lived in such a way. I got a quick reality check on that though.”

Kai Morae on being independent:

“I’ve always been a very independent person. I could ask my mom (LisaRaye)
for stuff if I really wanted to but that’s not the kind of person I am. If I
want something I’ll work for it.”

“My mom would always tell me ‘Make sure you have a plan B just in case
acting & music doesn’t work out.’ As painful as it was to imagine all my
hard work and sacrifices being done in vain, I knew she was right.”

“Justin is like my little brother. As he gets older, he has become one of
my best friends. At first, I was his big brother who talked to him about
girls and tried to show him the way. Now, that he is older, it’s like we can
talk about the same things and relate to each other in more ways than one.
He is a great kid, with a great heart and truly one of my best friends.”