Home » NEWS » JAMELIA: ‘NO WOMAN HAS AN AMBITION TO BECOME A SINGLE MOTHER’

JAMELIA: ‘NO WOMAN HAS AN AMBITION TO BECOME A SINGLE MOTHER’ 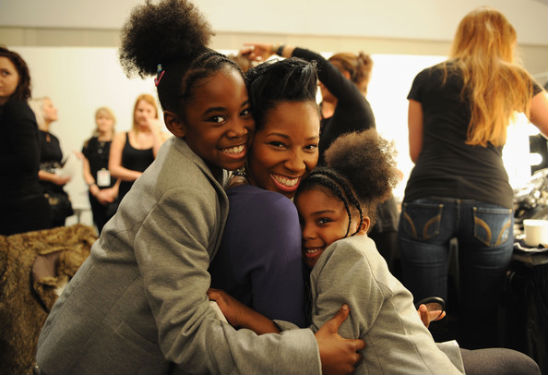 Jamelia never planned to be a single parent.  In fact, the British singer admits to be being ‘scared’ when she discovered that she was pregnant at 19 with her older daughter, Teja, 11 years ago.

“I remember thinking, you’ve messed up. I thought I would be dropped by my record label,” she recalls.  “No woman has an ambition to become a single mother. For me, it was never a choice. Teja’s father was violent, physically abusive, and Tiani’s father was constantly cheating, and just didn’t show me the respect I deserved. I found out what he was really about after we divorced, when he took me to court to try and take away my hard-earned money, Thankfully he didn’t win.”

“But ending up in this position was not the end of me,” she says. “Motherhood gives you strength in other areas of your life. I gave birth to Teja when I was 20 and I think that was the making of me. Had I not had that experience, I probably wouldn’t be as successful. I was a very indecisive and disorganized teenager, but since having my children, I have had such a clear focus because I know what my purpose is in life.”

Jamelia herself was raised by a single parent, her mother Paulette Davis. “I grew up without my dad being involved with my upbringing, without a father figure of any sort. Had I had one, my choices of partner would have been better,” she says. “I first met my dad when I was 18 months old, but he was in and out of my life because he was also in and out of prison. He got out when I was 15, and by that time we couldn’t get a relationship going because he had let me down so many times.”

“If my brothers had had positive male role models around, people who looked out for them, they wouldn’t have got into trouble.”

But Jamelia adds, “A good role model doesn’t necessarily have to be a father – the community needs to pull together to be good neighbors because we are very segregated from each other these days.”

Read the original interview at Guardian.Co.UK

THE BIG KIDS' FILE: CHYNA GRIFFIN IS FOLLOWING IN HER MOM'S FOOTSTEPS