ROCKO AND ROMELO HILL ARRIVE AT THEIR MOM’S LAVISH WEDDING 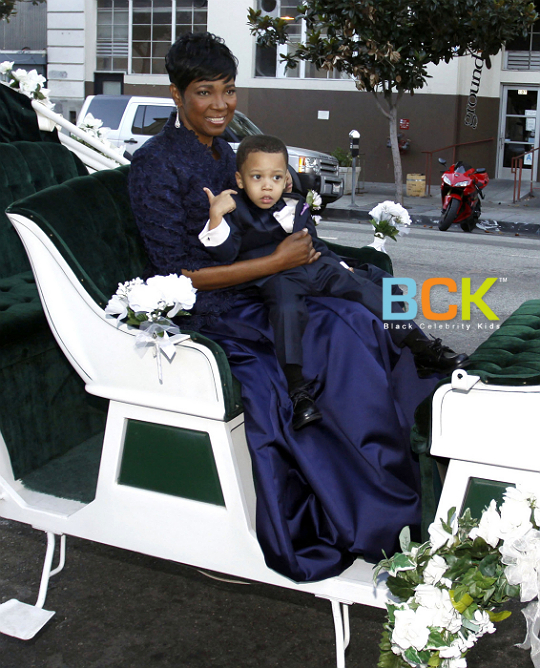 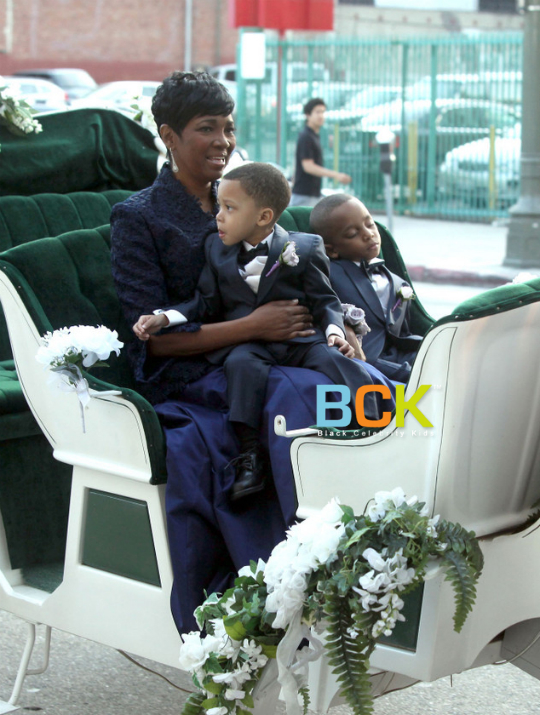 This past Saturday, R&B singer Monica Arnold-Brown and her husband, NBA star Shannon Brown, married for the second time in downtown Los Angeles, CA.   The wedding was attended by several special guests, including the singer’s sons Rodney “Rocko” Jr., 6, and Romelo, 3, Hill, who arrived to the ceremony with their grandmother by horse and carriage.

Guests were asked to wear shades of blue to the purple and blue themed event.  People reports, “The couple, who quietly tied the knot last November, exchanged Christian vows at Vibiana, a renovated 19th century cathedral in downtown Los Angeles. The bride, 30, wore a gown by Stephan Roland for the 30-minute ceremony, which was attended by guests including Lala Vazquez, Carmelo Anthony and teammates Kobe Bryant and Derek Fisher. The newlyweds then planned to join their guests, who had been asked to wear shades of blue to the event, for cocktails and a lavish reception planned by event planner Mindy Weiss.” 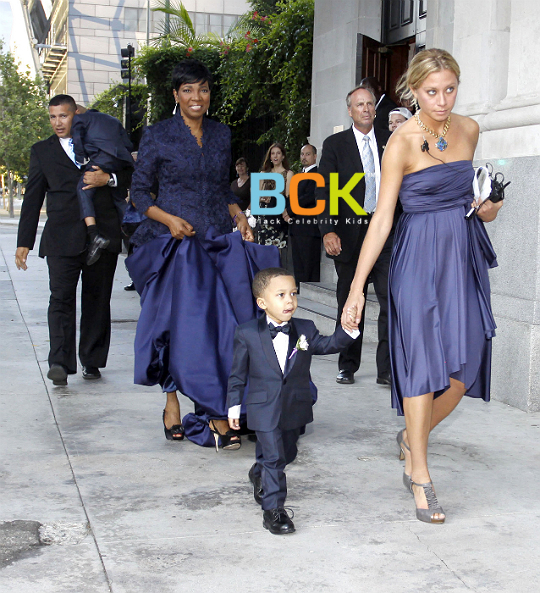 Official pictures from the wedding will be released next week.

SHWAYZE AND HIS MALIBU MUNCHKIN

NIA LONG: MY PREGNANCY IS THE 'SWEETEST SURPRISE'

NIA LONG: MY PREGNANCY IS THE 'SWEETEST SURPRISE'