HOT TOPIC: IS THE ONE DROP RULE NEEDED? 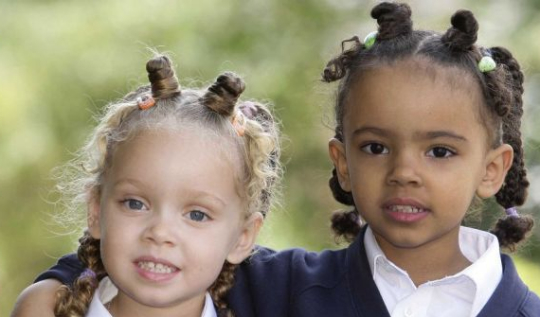 Attorney and broadcast journalist Jami Floyd, who happens to be bi-racial, believes that the one drop rule is needed to encourage Americans to “talk about race”.  Check out Jami’s opinion piece in regards to Halle Berry’s recent comment about her daughter Nahla being black.

Halle Berry may have chosen the wrong words but she makes the right point. It is important to read past her ugly custody case to have a larger conversation about race (one the baby’s father apparently does not want to have). Her daughter will have to choose a racial identity, the way she had to choose a racial identity. In America, that means it will probably be chosen, at least in part, by the way people react to her. In America, her skin color (black or white) will be something that people use to define her.

I applaud Halle Berry’s courage, if not her choice of words. When she says, “I believe in the one drop theory,” of course, she does not mean to endorse racism. But she does have the courage to do something so few Americans can: talk about race.

There are those who will say that life will be different for Halle’s children and mine. That the next generation won’t think in terms of race. Consider the big stir created when the New York Times ran its piece last week about more young Americans identifying as mixed race, and the follow-up piece this week about how these mixed identities aren’t fitting into the neat categories we use to track race. But I’ve seen it all before. In 1995, Lise Funderberg released Black, White, Other: Biracial Americans Talk About Race and Identity. The book was wonderful. It stirred a great deal of controversy about whether we were headed toward new kind of country. I think we are. But in tiny baby steps — not by leaps and bounds. (Source)