by Mama Guru
in BCK Rundown, NEWS
0
1
VIEWS
Share on FacebookShare on TwitterShare on LinkedinShare on Whatsapp 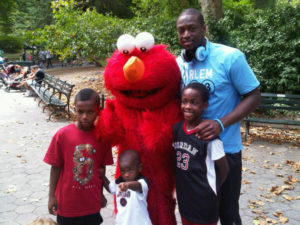 NBA player Dwyane Wade and his ex-wife, Siohvaughn Wade, are each seeking sole custody of their two sons Zion,3,and Zaire, 8.  The former couple went toe-to-toe this past Tuesday in a custody battle that is expected to last for a month.

“It’s very unfortunate that we have to be here and that our family name is being dragged through this litigation,” Wade said On Tuesday.(Read More)

The late Michael Jackson’s mother and children are suing concert promoter AEG Live over the singer’s death. According to reports, Katherine Jackson, Michael’s mother, and his three children are claiming that AEG  “did not act reasonably toward the physical well-being of Michael Jackson”  and “did not provide a doctor who was truly looking out for Jackson’s well-being and did not provide equipment.” (Read More)

$500 million! That is how much NBA player Dwight Howard is seeking from the mother of his two-year-old son. According to Dwight, Royce leaked stories about him to the public and thus violated a 2009 gag order.
Royce’s attorney denies any wrongdoing on his client’s part. (Read More)

SPOTTED: JENNIFER HUDSON AND HER SON

CHARLI BALTIMORE AND HER MODEL DAUGHTER

CHARLI BALTIMORE AND HER MODEL DAUGHTER