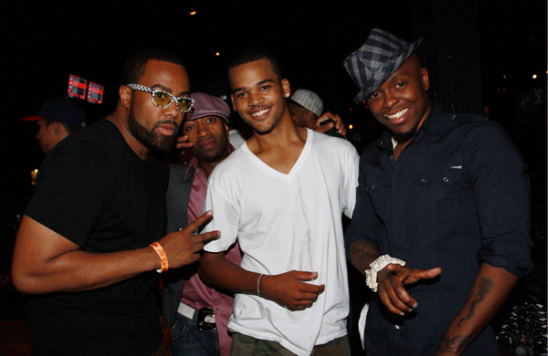 Damon “Boogie” Dash, Jr.(center),17, and some friends are pictured at the BluRoc Festival at Brooklyn Bowl on June 21, 2010 in New York City. Damon Jr.’s dad, Damon Dash, was also present.

In related news, Dash is being sued $1 million by his ex-girlfriend and mother of his son Linda Williams. Linda claims that Damon “threatened” their son after he found the 17-year-old deejaying in an NYC nightclub and then held the teen against his will in his apartment. When Williams then attempted to get a restraining order against her ex, she claims, Dash provided false testimony that she had sent him 10 e-mails earlier that summer, which violated a Family Court protective order (Read More).”