YARA SHAHIDI TALKS BEING ‘BLACK-ISH’ AND MORE WITH INTERVIEW MAGAZINE 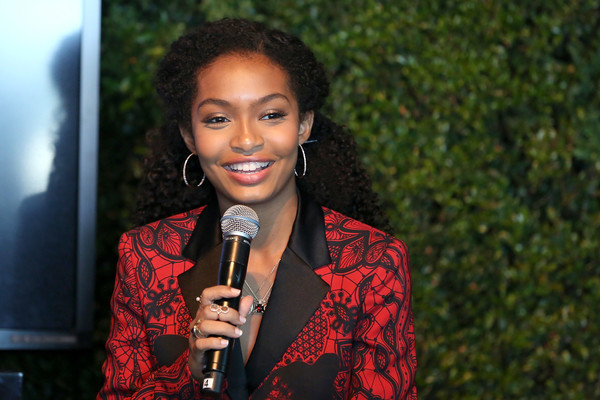 What is not necessarily known about the actress is that her family has a legacy of social activism. Her grandfather was a Black Panther. She has a cousin who was the first Iranian female space tourist. She has an aunt, who is currently on her way to Rwanda in order to study reconciliation in the war-torn areas of that country. With her family legacy, it is no wonder that when she is not busy, she is speaking across the country, delivering impactful messages, that address the problems that face our communities today. In that vein, Shahidi will soon deliver the keynote address in Cincinnati as an ambassador for ABC at the upcoming NAACP convention.

After high school, Shahidi is planning to study sociology.  The young activist is also in the process of creating content for her own digital series, which she describes as “TED talks for teenagers.”  Shahidi doesn’t necessarily see acting as a long-term career but in the interim, she’s happy and grateful to work with her ABC TV family. “The show finally gave me a way to describe myself,” she comments. “Black-ish.”