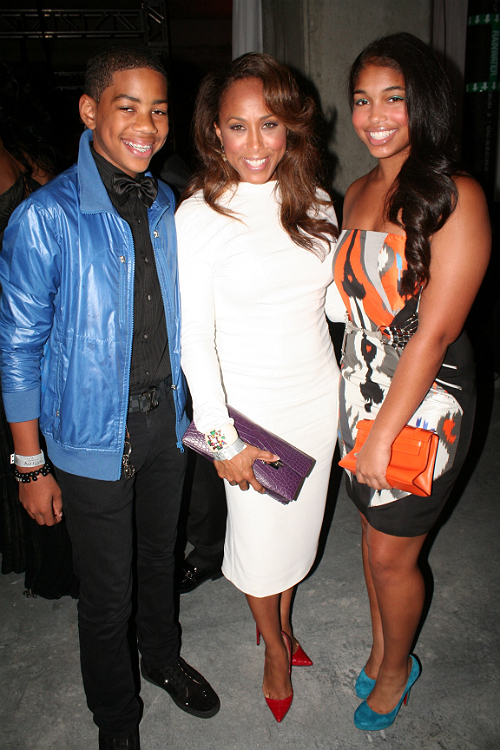 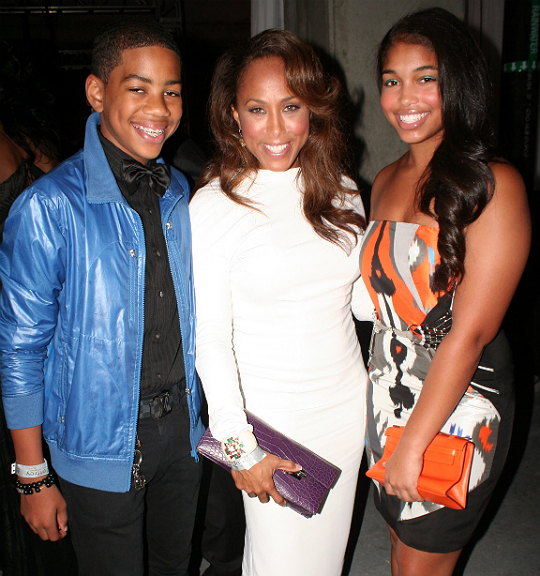 Marjorie Harvey, the wife of comedian/author Steve Harvey, and four of the couple’s children were in attendance for the  Jeffrey Cares fashion show in Atlanta, GA yesterday. Pictured above are the Harvey’s two youngest kids: Wynton(l) and Lori(r).

Media personality TalkingWithTami describes her encounter with Marjorie and the Harvey kids: “I was too tickled when I saw Steve Harvey’s wife Marjorie at the Jeffrey Cares fashion show yesterday. She was wearing an all white backless dress that she told me was designed by Tom Ford.”

“…[Marjorie] also introduced me to her family which included Winton, Lori, Morgan and Jason. They all were decked out in designer pieces. Wynton sported a royal blue jacket with a Louis Vuitton belt; Lori wore a Gucci printed dress from the Spring 2010 collection; Morgan wore a Gucci dress from the Spring 2010 collection; and Jason wore grey jeans and top(I’m sure it was designer, I didn’t ask though).”

SPOTTED: MADONNA AND FAMILY ON VACATION