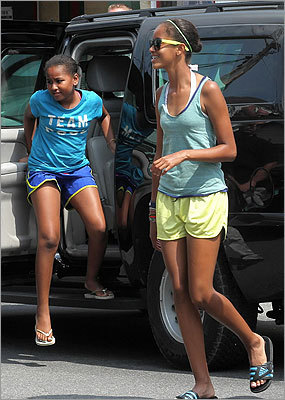 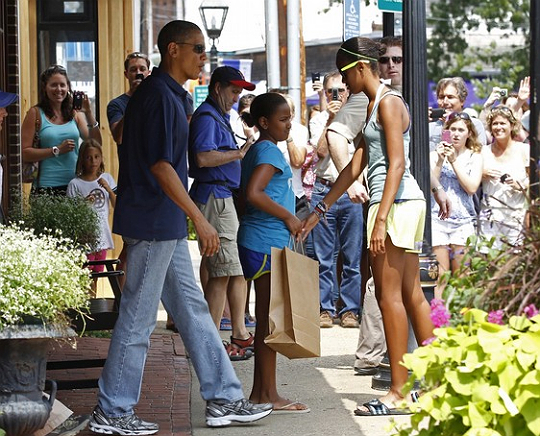 President Barack Obama and his daughters Malia,13, and Sasha,10, were bombarded by a crowd of people as they walked out of Bunch of Grapes bookstore in Vineyard Haven, Massachusetts, on August 19, 2011:

Obama arrived on the upscale island resort off the Massachusetts coast on Thursday for a 10-day vacation with his wife and daughters. Several Republican presidential candidates have criticized him for heading to the Vineyard at a time of such economic uncertainty. The White House defends Obama’s desire for time to recharge and spend time with his family. Officials also note that the president is never really on vacation.Obama received briefings on the economy and national security Friday before going to the bookstore. (Source)

HOT TOPIC: ARE YOU FOR OR AGAINST FAMILY NUDITY?

HOT TOPIC: ARE YOU FOR OR AGAINST FAMILY NUDITY?