Home » NEWS » SOLANGE KNOWLES AND SON ARE A FASHIONABLE PAIR

SOLANGE KNOWLES AND SON ARE A FASHIONABLE PAIR 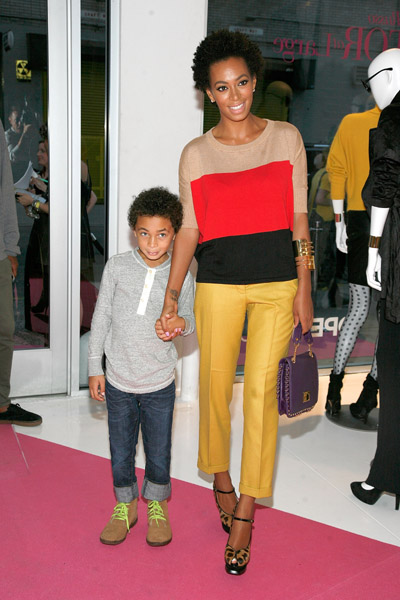 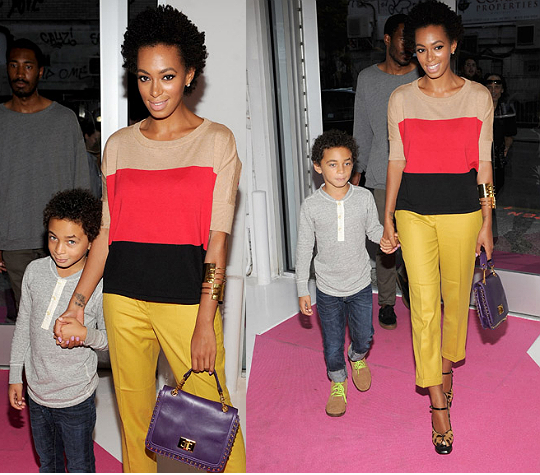 Solange Knowles is photographed with her son Julez,6, at the INC International Concepts at Macy’s press preview at Openhouse Gallery on August 17, 2011 in New York City.

Solange told Wenn, “Me and my son, we are on the west coast still, we woke up on the morning of the earthquake and tsunami, at around six o’ clock that morning, and were watching it on television. He was very affected by it and asked a lot of questions and we decided we wanted to do something together to help. So we actually are in the process, we’re almost done… He did a watercolor of the Japanese flag and we’re making shirts and totes [bags] and note cards and we’re gonna sell them locally here and donate the proceeds. We’re really excited about it.”