A FAMILY AFFAIR: DWYANE, GABRIELLE, AND THE KIDS SEE SPIDERMAN ON BROADWAY 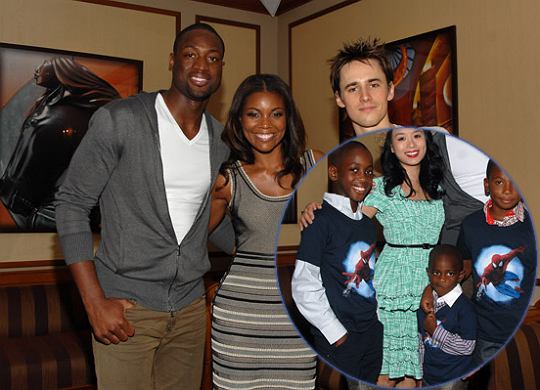 NBA player Dwyane Wade, along with his girlfriend Gabrielle Union and his sons Zaire,9, and Zion,4, attended Broadway’s “Spider-Man Turn Off The Dark” on August 9, 2011 in New York City by his .

Wade was awarded full custody of his sons earlier this year.

“Going through a custody trial was difficult and I wish it hadn’t been necessary, but, I felt it was the only way that I could continue to play an active part of my kids’ lives and provide them with a happy and stable home. My hope is that their mother will also choose to play a healthy role in their lives and we can all move on from this in a positive way,” the Miami Heat player said in March.

GALLERY: CELEBRITY PARENTS AND THEIR KIDS ATTEND THE 'VINCI' EVENT