Home » NEWS » GARCELLE BEAUVAIS: I FEEL THE MOMMY GUILT ALL THE

GARCELLE BEAUVAIS: I FEEL THE MOMMY GUILT ALL THE 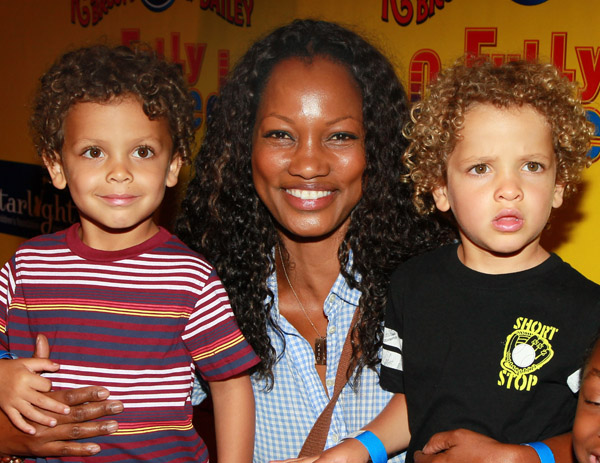 “I feel like I have some kind of Jewish guilt in me. I feel guilty all the time,” says actress Garcelle Beauvais of being plagued by mommy guilt. “And now that I only have them half the time[Garcelle shares custody of her sons Jax and Jaid with her ex-husband Mike Nilon], I try not to do anything when I have them, like go out.”

Check out more excerpts from Garcelle’s interview with HitFix below:

On having kids and a career in Hollywood:
It’s really cool. It’s no longer taboo to not only have an outside life but to have kids. And to incorporate them into your life. That’s what it’s about, right? You want to have a family and also have a career. But it’s a lot of work.

On whether or not she can take Jaid and Jax to work:
I brought them to the set of “Franklin & Bash” a while back, which was their first set ever. And we were in the middle of a conference scene, and I heard, “I WANT MAMA!” What are you gonna do? Even though we’re an ensemble cast, there were days when I left in the morning they were asleep and when I came home in the evening they were asleep. So I don’t know how people like Angie Harmon who are number one on a show, I don’t know how they do it.

On dating again:
I’m going out and staying busy, but in terms of a relationship, I’m not ready for that. When I don’t have the boys, it’s still an adjustment for me. I’m dating here and there. It’s weird, though, because I haven’t been single 11 years.

ESSENCE ATKINS IS PREGNANT WITH HER FIRST CHILD!