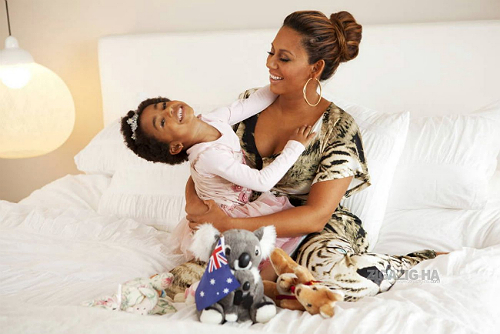 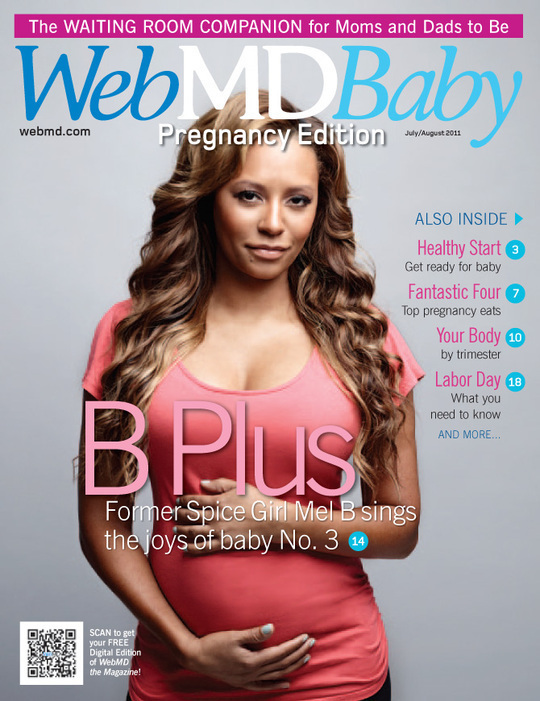 Melanie Brown is due to give birth to her first baby with husband Stephen Belafonte in August and, now as her due date approaches, the singer finds herself eating a whole lot.

“I was like this with my last two pregnancies, too,” Brown tells WebMD. “When I’m really into my fitness routine, I eat super clean, super protein, super organic — super, super healthy. But since I’ve been pregnant, I kind of indulge in the things I wouldn’t usually indulge in,” she says, like the occasional burger or pizza.

On her pregnant body:
“For the first four months, I felt really sick — I was just trying to get through the day without actually throwing up, so I haven’t really worked out since I’ve been pregnant,” says Brown, who normally gravitates toward a mix of heart-pumping workouts like spinning, boot camp, and hiking. “It was strange because, with my last two pregnancies, I never had morning sickness. So it was a bit shocking, to say the least. But I’m finally getting out of that phase and starting to feel good.”

On being a mom to kids Phoenix, 12, and Angel, 4.
It’s a juggling act,” Brown adds.”I juggle stuff on a weekly basis, between time by myself, time with my husband, and good, well-spent time with the kids. I do that every single week and if I didn’t, I think I would go insane. I just do it week-by-week, and it somehow manages to get done.”

Check out photos from her recent Woman’s Day photo shoot below!

JUNE AMBROSE AND HER SHOPPING SIDEKICKS

BEYONCE PLANS TO HAVE KIDS BEFORE 40

BEYONCE PLANS TO HAVE KIDS BEFORE 40