Home » NEWS » NICK CANNON: MY SON IS ALREADY CRAWLING; MY DAUGHTER IS STILL A DIVA

NICK CANNON: MY SON IS ALREADY CRAWLING; MY DAUGHTER IS STILL A DIVA 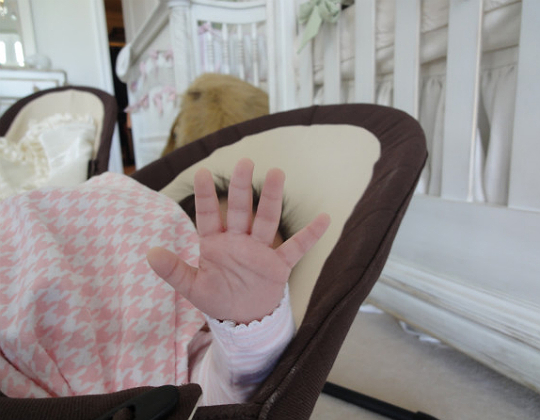 The world will have to wait a tad longer to see a picture of the Cannon twins, but if you are dying to know what they look like then according to dad Nick Cannon, “My son looks like my wife and my daughter looks like me.”

The proud papa also shares that his twins, named Monroe and Moroccan Cannon, are growing up fast. He tells ExtraTv, “My son Roc lives up to his name. He’s a tough guy. He’s already crawling. And then my daughter, she’s just a diva.”

So are Nick and Mariah Carey done having kids? “I want some, but I think my wife’s done. I tried to say, ‘Yo, let’s go for another round!’ and she’s like, ‘I’ll kill you!'”

On rumors Mariah might join “The X-Factor” as a mentor, The “America’s Got Talent” star says, “You know what? I’m just the husband, I don’t know.”