Home » NEWS » MEL B: THIS PREGNANCY IS DIFFERENT BECAUSE ‘I’M ACTUALLY WITH THE DAD’

MEL B: THIS PREGNANCY IS DIFFERENT BECAUSE ‘I’M ACTUALLY WITH THE DAD’ 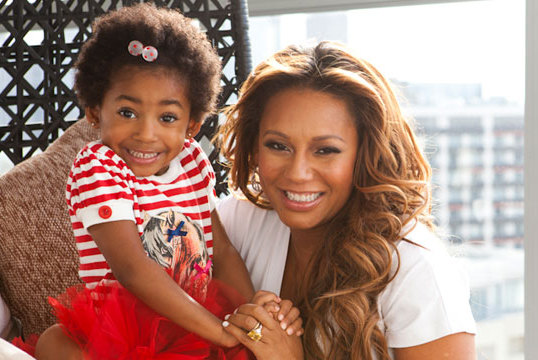 Melanie Brown(Mel B), pictured with her daughter Angel,4, recently sat down for an exclusive photo shoot and interview with Woman’s Day magazine. Check out an excerpt from the interview in which the singer explains why her current pregnancy is so much different from the previous ones.

Mel – who usually lives in Los Angeles, but is in Australia preparing for her role as a judge on TV talent quest The X Factor – is eight months pregnant and has clearly reached that uncomfortable stage. As she is primped and preened for Woman’s Day’s exclusive photo shoot, Mel, 36, clutches her baby bump and groans, “Who was it who said pregnancy was exciting? It is at the start, with the glowing skin and the joy of bringing new life into the world, but now I just want this baby out of me! “This is my third pregnancy,” she quickly adds, “so I’m allowed to moan!”

Despite her jokey protestations, Mel is clearly revelling in motherhood. Chuckling in her distinctive, throaty, northern England accent, she says this pregnancy is very different from the previous ones, “Because I’m actually with the dad!” The father of her unborn child is her second husband, movie producer Stephen Belafonte, whom she married in Las Vegas in 2007 and describes as “my best friend and the love of my life”.

Mel’s elder daughter, Phoenix, 12, was born shortly before she divorced her first husband, former back-up dancer Jimmy Gulzar, and Angel was conceived during a brief relationship with Hollywood funnyman Eddie Murphy, who famously demanded a DNA test before accepting paternity. “This time,” Mel smiles, “it’s been lovely to have a pregnancy with a loving, caring partner and not all alone as a single parent moaning to myself. You know, it’s nice to have someone who’s really supportive.”

Read the rest of the article and see much more photos in this week’s Woman’s Day, on sale now. 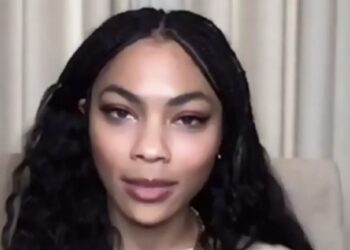 Everyone has waited with baited breath for this long awaited sequel. Now, that it is...

North West has a new lizard named Speed with a wardrobe filled with custom SKIMS....