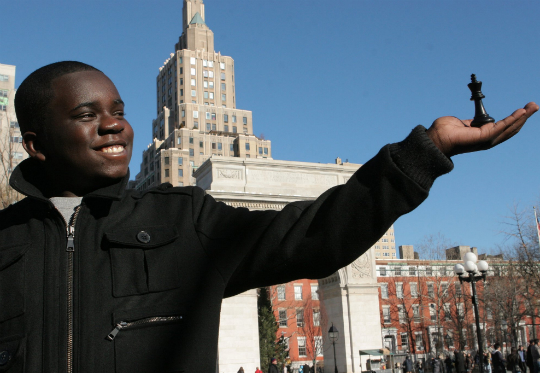 12-year-old Justus Williams is on top of his game! The chess game, that is:

He’s an internationally ranked chess master — the youngest black chess master ever. Justus started playing the game while in an after school program called Chess in the Schools. He’s confident, but it’s not unwarranted. His chess skills have taken him to Brazil, Canada and Greece.

It’s not uncommon to find him challenging and beating opponents four and five times his age.

Justus and his family hope his success in chess will help others experiment outside their comfort zones. They’re spreading the word through a campaign called “Dare to be Different.” (SOURCE)

With his “Dare To Be Different” campaign, Justus and his family hope to encourage other young people “to expand their horizons beyond usual forms of recreation and to discover the game of chess as a challenging and rewarding sport.”

TIA MOWRY: "I AM SO RELIEVED I AM NOT HAVING TWINS"