CYMPHONIQUE LEARNS “HOW TO ROCK” 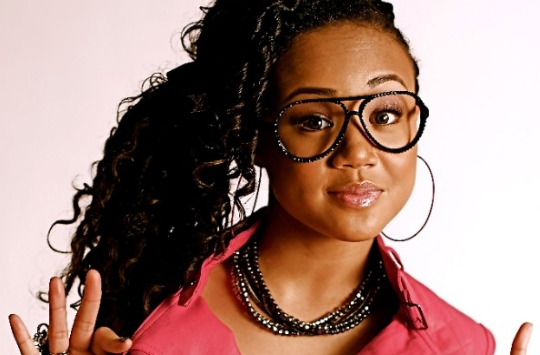 Nickelodeon has greenlighted 20 episodes of the comedy series How To Rock (formerly called How To Rock Braces And Glasses), based on the book series by Alloy Entertainment. The series will star 14-year-old singer and actress Cymphonique Miller, daughter of rapper Master P:

Set to premiere in 2012, How To Rock centers on Kacey Simon (Cymphonique), a talented teenager who takes her pop/hip-hop band to new heights as their lead singer. How to Rock, produced by Nickelodeon in association with Alloy Entertainment, is slated to begin production this summer in Los Angeles.

“Cymphonique is an extraordinarily talented 14-year-old who has already established herself as an actress, singer and dancer, while remaining an honor student,” said Marjorie Cohn, Nickelodeon’s President, Development and Original Programming. “How To Rock is the perfect showcase for her comedic and musical skills, and we know our audience will love watching Kacey figure out how to temper her mad ambition and learn to become a good friend and bandmate.” (Source)

NATHAN SMITH IS A YOUNG APPRENTICE