TYSON AND DAUGHTER ARE PREMIERE PALS 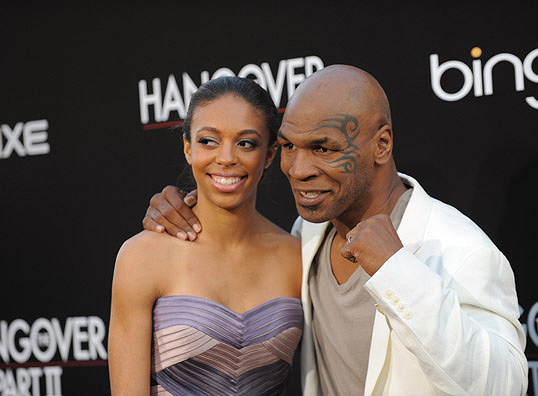 Boxer Mike Tyson and his daughter Gina arrived at “The Hangover Part II” Los Angeles Premiere on May 19, 2011 in Hollywood, California. Gina is Tyson’s step-daughter from his previous marriage to Dr. Monica Turner.

Tyson has six biological children, who range in age from newborn to 20. His seventh child, a daughter named Exodus, died at age 4 in May 2009 in a freak accident.

More pictures of the duo below!

PHOTOS: TIA MOWRY-HARDRICT BUMPS IT UP AT HER SISTER'S WEDDING