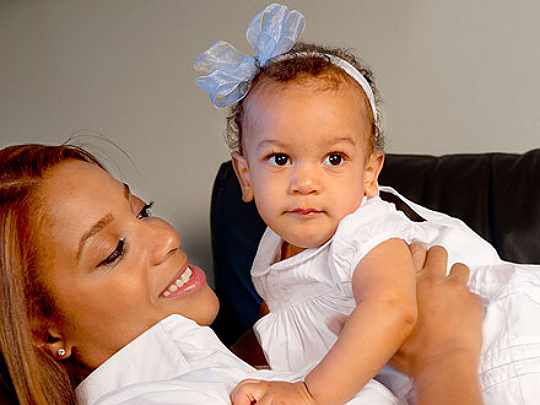 Sienna Marie is “a good blend of both of us. She’s got his head with my face,” former American Idol contestant Tamyra Gray says of her daughter with ex Color Me Badd member Sam Watters.

Tamyra, who gave birth to Sienna last July, reveals in a new interview with People magazine that the music bug has bitten her daughter.

“She is really into this radio station Kids Place Live,” says Gray of the SiriusXM station.  “At first if I put on Eminem in the car she would stop crying,” she adds. “But we’ve moved to Kids Place Live and if we don’t turn on her music as soon as we get into the car she’ll start screaming.”