Home » NEWS » MASHONDA: ‘I WAS BLESSSED WITH THE MOST INCREDIBLE GIFT’

MASHONDA: ‘I WAS BLESSSED WITH THE MOST INCREDIBLE GIFT’ 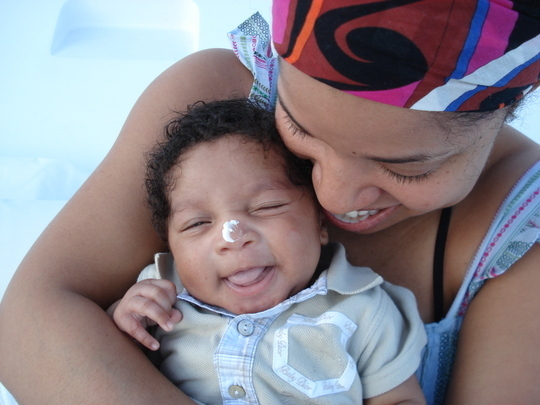 Singer Mashonda, who is pictured with her son Kasseeem Jr. in 2006, blogs about giving birth to her only son in a post titled “Mother’s Day”:

On December 22nd, 2006, I was blessed with the most incredible gift. I held my future in my own arms and looked into the eyes of an angel reincarnated. Weighing in at 5 pounds 10 ounces, Kasseem Daoud Dean Jr. was born. From early on in my pregnancy I experienced many complications. Bed rest started at three months and by my seventh month of gestation I was admitted to the hospital after being told that I would not be released until I gave birth. I laid on my back for two full months in a hospital bed, but I did it gracefully, always with a smile and never having any complaints. I had a mission to complete and there was nothing more important to me than to give birth to a healthy baby. I faithfully prayed every day and night, as I slept with the bible by my side. Because I was considered a “high risk” pregnancy, I had to keep a heart monitor around my belly 24/7. (Read More)