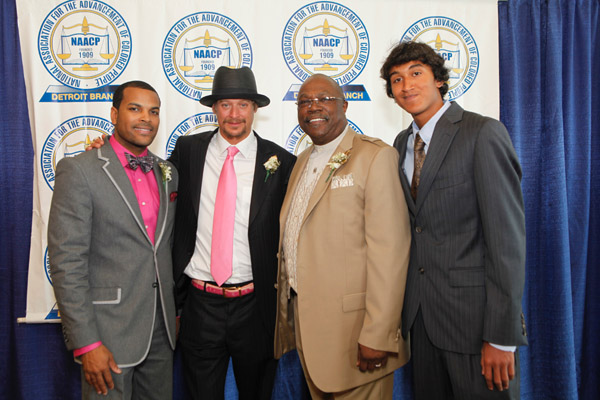 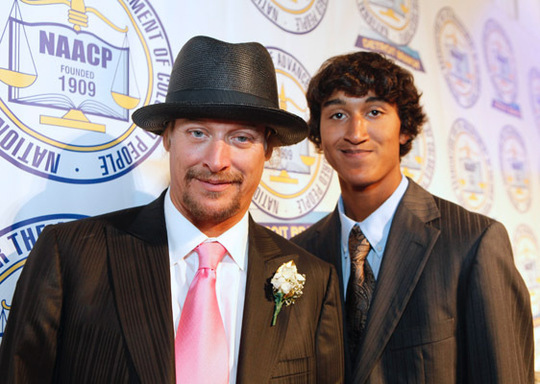 While at the event, Kid received the organization’s Great Expectations Award, honoring him for his advocacy of Detroit city:

Kid Rock accepted the Detroit NAACP’s Great Expectations Award on Sunday despite protests from members who object to his use of Confederate flag imagery onstage. Prior to the event, a group of about 50 people picketed outside the Cobo Center, where the awards dinner was held. Back in March, Adolph Mongo, the head of the organization Detroiters for Progress and a boycotting NAACP member, told the Detroit News that Rock’s use of the flag is “a slap in the face of anyone who fought for civil rights in this country.”

Rock maintains that his use of the flag is part of a Southern rock tradition inspired by Lynyrd Skynyrd and has nothing to do with how he feels about black people and African-American culture. As he accepted his award, which was given to him in honor of his ongoing support for the city of Detroit, Rock said, “I love America, I love Detroit and I love black people.” (Source)