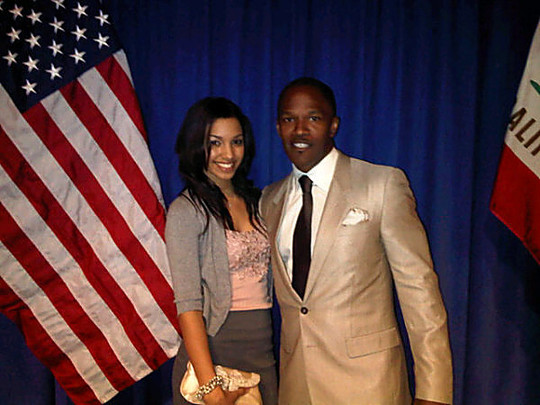 Jamie Foxx and daughter Corinne,17, pose at the Obama Victory Fund 2012 Kick-Off with The President and Jamie Foxx on April 21, 2011 in Culver City, California.

The comedian/actor recently admitted that he is fiercely protective over his teenage daughter. He tells Ellen of the Ellen Degeneres show,“I have to be careful having a 17-year-old daughter. We walk out of a restaurant, they take pictures of me and her and they say, ‘Jamie Foxx with a young hottie.’ Like they think she’s actually my girl,” he said. “But she’s incredible, filling out. She’s walking down the street in Beverly Hills, people are blowing horns. I’m literally in the street, ‘You stop it! Walk past me! Hide ya butt!’ I’m so overprotective.”

SHOULD YOU STAY MARRIED FOR THE KIDS' SAKE?