Home » NEWS » LAUREN LONDON: ‘HAVING MY SON WAS THE BEST THING’

LAUREN LONDON: ‘HAVING MY SON WAS THE BEST THING’ 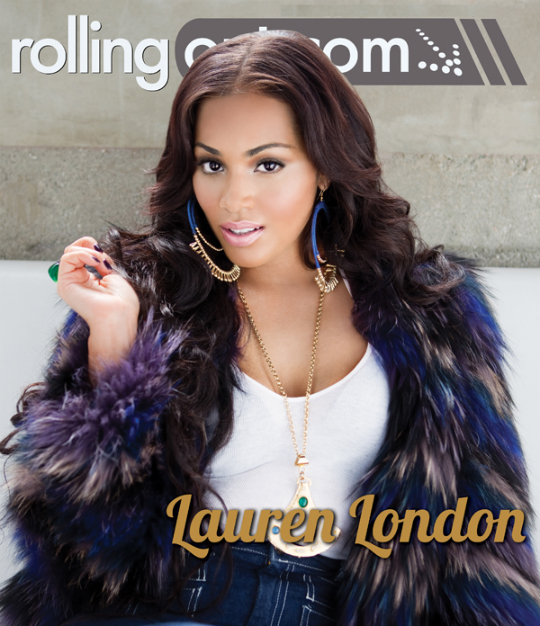 Actress Lauren London recently sat down with RollingOut magazine to talk about motherhood(she gave birth to her son Cameron in 2009), how she maintains her privacy and much more! Check out snippets from the interview now!

On her pregnancy: “I had a pregnancy that wasn’t private … A lot of people had their opinions about it. They were surprised that I came up pregnant, which was a surprise to me, because I’m a woman and women get pregnant and Lauren comes first before the actress, so having my son was the best thing that ever happened to me,” she said.

On being away from the limelight: “It was only nine months! I haven’t gone anywhere, and I haven’t yet reached where I’m going to be. I’ve just been living and being me as an artist and a person and a woman. Life has its ups and downs, so I’ll continue to do this [motions as if riding waves] and grow. And thankfully, I love that the people are growing with me and love watching me, so I’ve been blessed.”

On People’s perception of her: “I know that I don’t really give a lot, so people don’t really know how to perceive me,” she acknowledged. “There’s not enough out there to really know who I am. I’ve heard that people think I’m [a] goody two-shoes, the girl around the way, which is fine because those are pieces of me that are true, but I’m human and [she cranked her attitude up a few notches] I’m not going to pretend to be anything else other than that.”

PARENTS TO BE CORY HARDRICT AND TIA MOWRY

ARSENIO HALL AND SON TAKE IN A GAME

Six-year-old Esi Orijin went from losing love for blackness to owning her own black doll...

It began with Steph and Ayesha Curry's son, Cannon Curry, having allergic reactions to all...

Mr. Potato Head has gone gender neutral.  “Hasbro is making sure all feel welcome in...

North West is becoming a beauty guru just like her mom, Kim Kardashian. The youngster's...

ARSENIO HALL AND SON TAKE IN A GAME